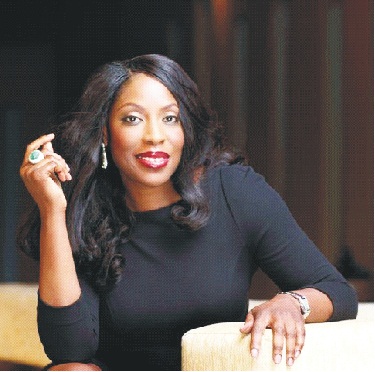 Women have many phases of life to combine and manage appropriately such as husband, children, in-laws, God, society, work, personal life and health to mention a few ,but it is believed that a strain in any of these areas can throw a woman’s life in a total mess if she doesn’t strike a balance.
There is no doubting the fact that some women are very lucky to have gotten married to men who are ready to do everything for them ,but life is beyond that.
There is joy, satisfaction ,and a sense of fulfilment in independence. Even if your man is willing, there is no crime in letting him know that you are not incapacitated.
It is also good to live in the consciousness that anything could happen at any point in time. No one prays for death but it is inevitable.
Women no longer want to be breastfed, not at all. That is no longer a popular practice. Women of today occupy the forefront position, they compete for top position like their male counterparts.
Many women have realised this already while some still need to be educated about the changing trends in the society.
Unfortunately, many are of the belief that career women do not make good homes. Far from it. It is possible for a woman to be uneducated and unemployed and yet would be highly irresponsible while it is possible for a career woman to be highly responsible and vise versa .
People, regardless of their gender only live out what is inherent in them. Career has very little influence on a woman inbuilt character.
For a woman who is naturally unruly, attaining a great professional height would only aid the manifestation of her unruly behaviors .
However, the chances are low that a Godly, humble and homely woman would overnight become a beast because of a high status she just attained.
Moreover, in Nigeria and other parts of the World, examples of career women with a history of excellence abound .
It is, however, important that a woman strikes a balance between her career and home. A home that is not catered for could become a source of worry later in life.
One of the reasons why several social vices manifest amongst children of the 21st century is because parents and guardians fail in their responsibilities to cater for their children and wards.
When visionless children are raised in a home due to parents, most importantly, the Mother’s busyness, danger lies ahead.
However, with her home in proper shape, the woman is psychologically and emotionally equipped to discharge her duties as expected. This would further boost her acceptance amongst her peers and the society at large.
Essentially too, a woman needs her husband’s support to excel in her chosen career. This would make her go far and attain the peak of her career.
A woman, who is continually being envied by her husband or whose husband feels threatened by any new feat she achieves needs prayers to go far in life.
In a nutshell, women should not be carried away by ephemeral things. The important and required must be done.
Raise a good family, make your husband and children to be proud of you, breed responsible children and pursue a successful career. This makes a complete woman.
Having said it all, it behoves the woman to heed wise counsel and do all within her capacity to make this year beautiful. The ball is in our courts. I wish you success throughout the year and beyond.