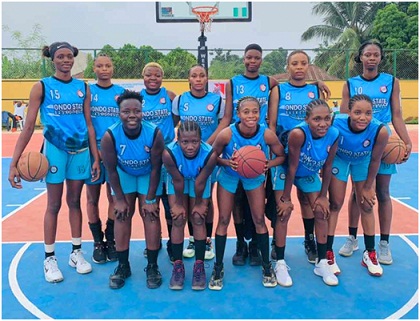 In a keenly contested tie against their counterpart from Zamfara State, the ondo state sponsored tutored by shola Aluko were matched in all departments by the northerners

It took a moment of magic by Itunu Ogunbanjo whose heroics gave sunshine Angels 3points in the last 4 seconds of extra time dash the hope of Zamfara girls winning as Sunshine Angels won 33-32.

This is the second time Itunu Ogunbanjo will put up a superlative performance in the basketball event at the ongoing national sports festival .

The shooting guard has been in good shape in recent months.

It would be recalled that Sunshine Angels had earlier triumphed against Imo Angels in their first match, losing to Bayelsa in second match.

The team’s next match is against team Abia at the Ogwashi-uku stadium.