Beat your wife and go to jail 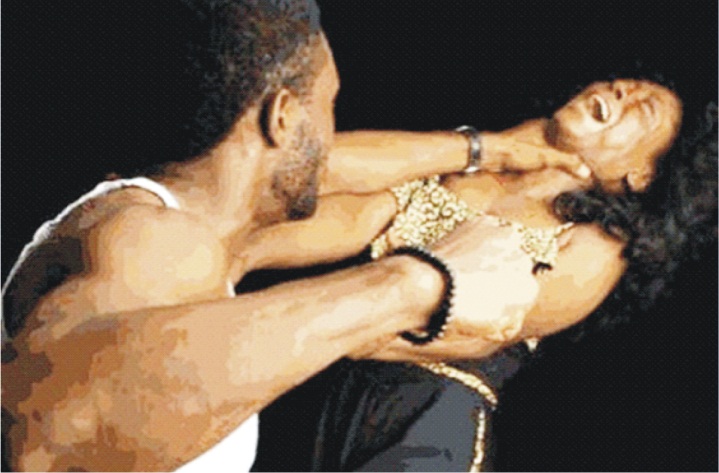 The history of human societies has been that of laws that govern activities of both the government and the governed. While the holy book says that where there is no law there is no transgression, the reality of a society where there is no law is better imagined than experienced. Such was the state of nature, as described by Thomas Hobbes.
The state of nature was one in which there were no enforceable criteria of right and wrong. People took for themselves all they could, and human life was “solitary, poor, nasty, brutish and short. This necessitated the coming together of people to form government that will make laws to regulate their activities.
Recently, Ondo State Governor, Arakunrin Oluwarotimi Akeredolu, signed a law to prohibit all forms of violence against persons and to provide maximum and effective remedies for victims, as well as punish people found culpable of violence in private and public settings.
While the first part of the law defines the terms of the law, the second part dwells on the activities of sexual offenders, such as people who coerce others to engage in any act to the detriment of their physical or psychological well being, as well as people who without any lawful justification eject their spouses from home.
In the third part of the law, Magistrates and High Courts get powers to hear and grant any application under the law, with the powers of the courts defined as related to protective orders.
With the signage of the law, it will not only protect everyone against all forms of violence, it will also shield the girl child and other vulnerable people against acts of violence unleashed by powerful persons. For instance, the girl child will get justice against fathers, teachers, guardians, and other desperate people who rape them under their care, as well as punish offenders for committing such heinous acts.
Meanwhile, at the public hearing that was held in March, the Chairman House Ad-hoc Committee on Violence Against Person/Gender Related Matters, Mr Simon Toluwani Borokini, justified the law when he averred that violence affects all and sundry either directly or indirectly.
“Violence against persons is the most pervasive. It knows no boundaries culture or wealth. As long as it continues, we cannot claim to be making real progress towards development and peace,” he noted.
Borokini had maintained that the recent upsurge in cases of violence against persons in the society stirred the concern of many stakeholders in the society, bringing to fore the need to domesticate the Violence Against Persons Prohibition Law( VAAP).
While reacting to this development during the inauguration of Ondo State Board of Agency Against Gender-Based Violence(OSAA-GBV) early this month, the wife of Ondo State governor, Arabinrin Betty Anyanwu-Akeredolu, expressed hope of reduction in cases of gender-based violence across the State.
While thanking the state government for assenting to Gender-Based Violence Law, the First Lady also lauded the commitment of members of the agency which she said made the dream against gender -based violence law a reality.
Mrs. Akeredolu urged members to work tirelessly at ensuring that gender based violence becomes a thing of the past in the state.
Her words:”We must work in unity to eradicate gender -based violence in the state. We must be on the same page, develop strategies to achieve our aim. This will guide our operating procedure.
The Hope spoke with some residents of Ondo State on their perspectives about the new law. While majority said they were previously not aware of the law, they gave their opinions of what the benefits would be.
Speaking with the Hope, Professor Lanre Olu-Adeyemi, a political scientist from Adekunle Ajasin University, Akungba-Akoko, said, “The Law promises to be beneficial in the quest to build a good society. However, I see the Law as being pro-female. What happens to the boy child or man who gets molested either by a female teacher, boss, prophetess, colleagues or classmate among others? The boy child or man also needs to be protected.”
Mr. David Oyebanji, a teacher, said, “I was not aware of the law. I must say, however, that the law should, to a large extent, put an end to incidents like child abuse, teenage pregnancy, sex offences against female children and so on. I am actually more concerned about an effective implementation of the law.
According to Mr Kayode Ogunmola, a civil servant, it will make for a healthy and more inclusive society, bringing fairness, equity and justice for the underprivileged strata of the citizens.
In the words of Mr. Olusola Adediji, a business man, “The law is good because it will help men to be self disciplined and will also help to reduce the rate at which men maltreat their wives at home.”
Similarly, Olumide Azeez, an engineer, said, “In my opinion, the law will help curb certain vices in our society, ranging from child abandonment and sexual offenses to prostitution and teenage pregnancy. If enforced and properly policed, the societal effect could be tremendous and people will be forced to take responsibility for their actions.
Mr Azeez said further, “The society will be a safer place for women to live their lives to the fullest without being preyed upon by sexual offenders. Children will have access to a better life as parents will count the cost before getting in the family way and then abandoning the children from their union. More so, teenagers will focus more on their academic and moral responsibilities to society, thereby reducing teenage pregnancies.”