Home In Our Neigbourhood Beautiful widow up for grabs 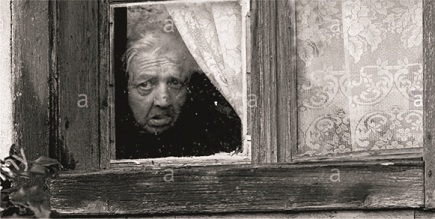 Beautiful widow up for grabs
|
By Sunmola Olowookere

A young and beautiful woman had just moved to our neighbourhood. She came with her two kids in tow and rented a two bedroom apartment at the newly completed building on lane 1. She looks strikingly beautiful but she Keeps mostly to herself. She takes her kids to school and arrive from work early to pick them up.

Residents curiously watched out for her husband but no male presence was seen around her but for the craftsmen she invited to put the apartment in shape so she could settle in comfortably.

After a month, and there was still no sign of a husband, people wondered where her husband could be. It is a sure fact that she is married, going by the rings on her fingers and her two children.

Soon, we concluded that probably her husband had gone to hustle outside the shores of Nigeria. It is no longer news that Nigeria is going through a rough patch and that the masses are the worst hit.

Her children were between the ages of 7 and 5. They are well behaved children that followed their mother about like young puppies. They also take after their mother in looks. Kids in the neighbourhood were eager to befriend them. Who doesn’t like good things?

For a while, she was like an enigma as no one could get any information about her. Even the neighbourhood ever informative grapevine was rendered ineffective.

The grapevine is a woman who owns a grocery store on the lane. She is usually helpful and pleasant. She is very accommodating which made most resident to hang out at her shop. Through this, she is able to gather information about every residents. Some residents made her their confidant. She too loved to ask questions and do discreet investigations.

Ask her about anyone in the neighbourhood, you are sure to get the information you want.

Soon, the beautiful widow began to patronize her shop and she was able to ingrain herself into the widow’s confidence. Soon she was able to tell the neighbours that the woman had been widowed.

It was indeed a sad story. The late husband was a business man. He  was coming home from Lagos three years ago when armed robbers attacked the bus he was in. Some of them were robbed while those without any cash or valuables were killed.

That was how the wife became a widow and the kids became fatherless.

What a sad tale! The residents were moved to pity. They now understood her quietness not to be aloofness but grief. To be widowed at such a young age is indeed terrible.

The landlords in particular were very protective after the knowledge of her status became known to them. They became very neighbourly and helpful. She welcomed the attention heartily.

It soon became obvious why the widow moved away from the area where she lived before with her late husband, the mourning period has passed and she was ready to mingle again.

She became our neighbourhood slay queen right before our very eyes. The pity which the women had for her before changed to disdain. While most the landlords’ feelings of sympathy metamorphosed into amorous ones.

She was on the lookout for likely candidate to bestow her favour on . she soon found one in the husband of the woman that was looking on to God for fruit of the womb on the second lane.

Most of the women believe that she charmed the man as he now takes her wherever she wants to go in his Jeep.

The wife is afraid of fighting the interloper lest she lose her home to the beautiful widow. The race is on. Should the widow get pregnant before her, she knew that her marriage is doomed.