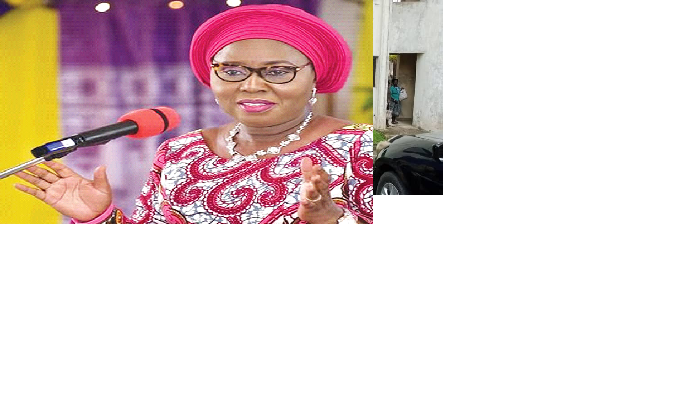 Nigerians have been advised to take advantage of the opportunity presented by renewable energy resources .

This was the submission of the First Lady of Ondo State, Arabinrin Betty Anyanwu-Akeredolu, during the Renewable Energy Stakeholders’ Conference and Renewable Energy Association of Nigeria (REAN) Annual General Meeting, held in , Lagos.

Mrs Akeredolu who explained that Nigeria is vastly blessed with renewable energy resources such as solar, wind, biomass, and hydropower potential added that it is only reasonable that the country considers increased penetration of renewable into the energy supply mix as a logical and lasting solution.

Her words: “We should at once seize the opportunities presented by renewable energy resources in sustainable development. Nigeria needs to establish renewable energy markets and gradually develop experience with relevant technologies in the sector,” she said.

The First Lady disclosed that BEMORE Empowered Girls’ Foundation, through its annual summer boot camp, has contributed nothing less than 25,000 watts to the country’s national electricity grid.

According to Mrs Akeredolu: “Bemore has since held five  successful boot camps and trained over 2, 000 girls in Solar Technology and ICT. The more phenomenal side to the scheme is its strategic contribution of energy to  national grid through the 12 watts complete solar home system given to each Bemore girl at graduation.

“If we multiply 12 watts per girl by at least two thousand, the cumulative should be about 25, 000 Watts thaT BEMORE has contributed to the national grid. This volume, at any rate, is a whole lot that has helped to assuage the nation’s crying need for power.”

Mrs Akeredolu who received an award of recognitions for outstanding contribution to the renewable energy sector from the (REAN) during the event noted that the standard of living of a given country can directly be related to the per capita energy consumption and that energy is fundamental for socioeconomic development and poverty eradication. She regretted, however, that between 60 percent to 70 percent of Nigerian population does not have access to electricity.

In her words: “Energy plays the most vital role in the economic growth, progress, and development, as well as poverty eradication and security of any nation. Energy is an important factor in all the sectors of any country’s economy. The standard of living of a given country can be directly related to the per capita energy consumption.

Mrs. Akeredolu thanked the association for finding her worthy of the honour and promised to continue to do what she loves to do in favour of the girl child, saying, “Giving a headstart to girl children is one thing that makes the difference for me, and I will continue to do this,” she said.

In his remarks, the outgoing President of REAN, Segun Adaju, PhD, appreciated Mrs Akeredolu for her huge investment in girl child development and for doing so much for the country through the Bemore Empowered Girls’ Foundation.