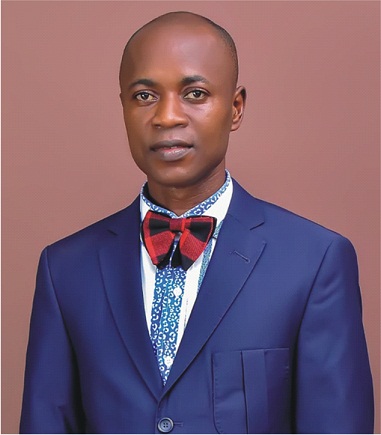 In this interview with Samuel Edu, Engineer Stephen Olugbenga, the State Coordinator of the Ondo State Electricity Regulatory Bureau explains the roles of the agency in ensuring that the people of Ondo State enjoy the dividends of democracy especially in the power sector.

Give us an overview of the Ondo State Electricity Regulatory Bureau

The Electric Power Sector Law 2020 gave us the mandate to regularise and standardize electricity in  areas not covered by the national grid in Ondo State and to ensure that they have access to uninterrupted power supply whether by the alternative means, or by the local grid tide. Then in the areas covered by the national grid, the franchise belongs to the Benin Disco but we have the mandate to act as Ombudsman in that area to see that people enjoy what they paid for.

What is the impact of the Bureau in Energy Sector in the State?

The first thing that comes to mind when you talk about Electricity in Ondo State is NEPA while some will call it Benin Disco. The Disco is meant to provide a tarrif that is cost effective, give out meters to measure the amount of electricity consumption, provide safe electricity for usage amongst others. Having stated the above, we serve majorly as intermediary regulatory agency between BEDC and the people in areas covered by the national grid. Coming  to our impact in this area, we discovered that there are lots of complains bothering on estimated billing, failure of BEDC to connect transformers as and when due, vandalized cables and facilities among others.  All these have now become a thing of the past through our intervention. We now have areas where BEDC has given transformers and connected these transformers. Cases of cable vandalization among other menace have been addressed within the space of one year that we came on board. This is just few of our various impacts in the energy sector in Ondo State.

What can you do about people trading under the power line?

Anywhere in the world, it is illegal for people to trade or do anything under the power line. Aside the fact that it is injurious to health, it can snap at any time because of its tension  and capacity and when t snaps, the consequences can be catastrophic, it can destroy both lives and properties. An incident occured in Ile Oluji recently where the power line snapped and it claimed the lives of four children.

Immediately this happened, we beckoned on the BEDC and pointed their attention to the aspect of the law that states that whoever stays under the power line has no right to electricity. In the case of Ile Oluji, we had to disconnect them from access to electricity in a bid to forestall a reoccurrence after which we took them to the court, got court injunction and evacuated them from under the power line. In addition, the whole of Ile Oluji was disconnected from electricity and with this, the people of Ile Oluji themselves were campaigning on the effects of siting businesses under the power line. We have started this in Akure again by serving notice to people involved, failure to comply will incure the indictment of the court on persons concerned and the law stipulates a period of six months imprisonment for them but we have started seeing results.

What are the other steps you are taking to improve power in Ondo State?

Improvement of power in Ondo State is the major rationale behind the establishment of the Ondo State Electricity Regulatory Bureau. It got to our notice that Ondo South has not had light for the past 15years, when we came on board, we took a step to the Nigeria Electricity Regulatory Commission in company of the high chiefs in Ondo South and some independent electricity distribution experts from Abuja including BEDC, I mean past managements of BEDC, NERC were surprised when I mentioned that this area had no  light for the past 15years and immediately they put a question to the state head of BEDC then to ascertain if it was true, lo and behold, it was the truth. With our intervention, this was corrected and ever since then, we have tried to see how we can use regulations to correct these anomalies. I can tell you today that a new franchise will be coming in place which will allow anybody anywhere to handle electricity irrespective of whether BEDC is handling anything there.

What are your efforts in getting meters and transformers for the citizens?

I want to clearly state that the era in which people will be the one to purchase transformers themselves has gone. Purchase of poles and transformers is now in the hands of a private entity but we advise that whenever people are making transactions with these private entities, they should always carry us along. It is our duty to tell them to buy transformers for people in need of it. Our people should understand that they are not to buy it for themselves because the rule states that as soon as you buy it, it belongs to them so of what benefit is it if one buys it with his or her personal money.

What advice do you have for the people of Ondo State?

I want to appeal to the people to go online and fill the form for their meters because now, it is real unlike before when they will say it is not real. As a result of our collaboration with the new management of BEDC, better days just began in Ondo State’s power sector.