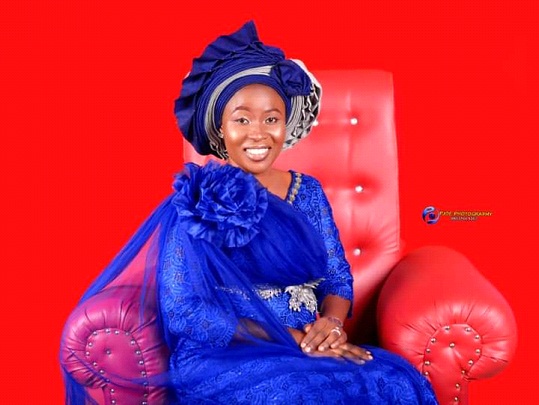 Upcoming artistes in Nigeria have been advised to watch out for vulture-like colleagues that steal music from poor artistes and steer clear of them.
Giving this advice was Evangelist Folarin Ajiwoye, popularly known as Adeola Anointing in an interview with Friday extravaganza.
While expressing that lack of financial affects music careers of most upcoming artisrt, she lamented “you have songs written by you but because you couldn’t get financial help to produce it, someone will just hijack it and sing it in their album”.
Adeola Anointing is a Nigerian gospel music minister who hails from Agbole beedu, Isale Afa, beere Oje Road, Ibadan in Oyo State and in this interview, she declared that there was no love in gospel music setting.
According to her, gospel music industry is full of hypocrites and gossips. She believes that artistes most be in spirit of God to do exploit.
She said that her experience since she has been singing was terrible and difficult but grace kept her moving until God intervened in her matter.
According to her, she considered music as a career in the year 2013 and noted that since then God has been faithful to her in all her way.
“There lots of challenges I faced at the early stage of my career. My mother didn’t support me initially. As a Teacher, she wanted me to be an accountant.
“When I was in senior class, I used to trek half of the road from Muslim Odinjo to Sango Poly Road Ibadan, to meet a promoter to just have mercy on me for promotion but nothing came out of it but God stood by me and made me to sit with kings,” she said.
She noted that it was by God’s help that she triumphed over pressure and stood out among her equal.
She mentioned her aim in music to be to use her music to win more souls for Christ Jesus and make heaven at the last day of her race.