Bizman dies during sex romp with concubine in Ondo 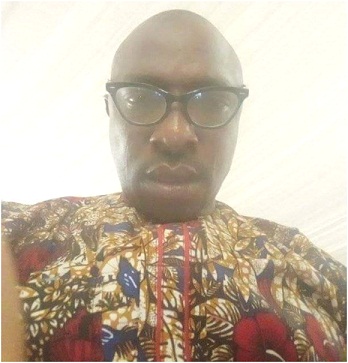 A cocoa merchant, Lanre Adesida met his untimely death yesterday during a sex romp with his concubine, Hadijat Oniyide, at a step-down hotel in Ondo town in Ondo West Local Government area of Ondo State.

The Hope gathered that Lanre and Hadijat, as usual, visited the hotel around 7 pm for short-time, on Wednesday. However, after the first round of sex with his lover. The 52-year-old man was said to have suddenly started gasping for air.

Hadijat, the concubine, a single mother who was said to be afraid of her lover’s condition, took to her heels,  but the receptionist and others at the hotel who were suspicious of her actions, stopped her.

It was learnt that the hotel Manager, in company of other staff members, rushed to the room only to discover Lanre’s lifeless body on the bed naked.

When The Hope visited the hotel, it was gathered that the receptionist, one Morayo called the police and lodged a complaint of the incident.

She added that when they got to the room to find out what had happened, they met Lanre’s lifeless body naked on the bed.

The hotel manager, in a chat with The Hope, narrated, “I was at the bar with some guests who came to lodge and others who came to drink, when Morayo suddenly rushed into inform me that Hadijat was panting at the reception.

“Immediately, I enquired what went wrong and she said something had happened in the room. So, the security guard and I went to the room and met Lanre lying naked on the bed.

“When I asked her what happened, Hadijat replied that she and Lanre had a round of sex and afterwards, he became tired and later started shivering.

“When the police came, Hadijat was arrested. Two of the hotel workers, Morayo and Mary, who served the lovers and I accompanied them to the station, where we all made statements and later, the hotel workers and I went back to the hotel.

The remains of the deceased has been deposited at the University of Medical Science Teaching Hospital in Ondo.

A source in the area, who spoke on condition of anonymity, said the deceased had been visiting the hotel with the woman since January, this year.

He said, “the deceased is married with children while the suspect has children, but no husband, according to some people who know her very well.”

Another source told our correspondent that each time the lovers come to the hotel, the deceased usually parked his car at a distance and the woman would first come out and go into the hotel while the deceased would follow.

“But on the day of the incident, the woman came alone to the hotel, and the deceased came later while he parked his car at the usual place.

After the scenario, the car was taken to the police station by the police.

Speaking with The Hope, the suspect, Hadijat said, “When I saw Lanre’s condition, I rushed out of the hotel room to run away, but the receptionist saw me and asked what happened? So, I told her that the man has died and she called the police who instructed them not to release me.”

When The Hope visited the deceased’s house at Oka, his neighbors and other residents wore sad look, while some were seen sitting in groups discussing the incident. Effort to speak with the family members was unsuccessful, as they cried profusely.

A police source who confirmed the incident said investigation into the matter was ongoing, adding that immediately the police were alerted by the hotel staff, personnel were mobilised to the scene.

The source further said that the case would be transferred to the state CID in Akure for further investigations.