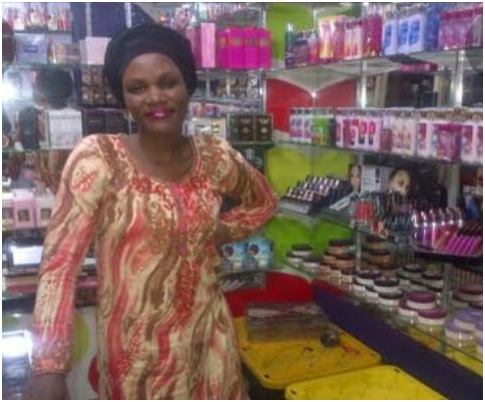 Pandemonium broke out recently when a 42-year-old businessman, Kelechukwu Onuka allegedly killed his wife over dispute on N10 million at their residence in Aratunsi area of Oke Aro, Akure, Ondo State capital.

Onuka, a native of Anambra state had reportedly accused his wife of hiding the money from him as they operate same business.

The deceased and the husband were jointly running a cosmetics store at Oja Oba in Akure.

According to a source, one of the deceased’s family members who resides abroad sent her the N10million to assist in constructing a building for her.

The wife, according to the source, never mentioned it to her husband, but he was said to have later heard the information from someone else.

Angered by his wife’s indiscretion, the suspect was said to have angrily confronted his wife, Nnena Kelechukwu over the N10 million sent to her.

It was gathered that, during a heated argument between the couple, the already tensed man, reportedly reached for a heavy object with which he hit his wife on the head and she died instantly.

The husband has been arrested by men of the Ondo State Police Command at “B” Division and the case has been transferred to the State Police Headquarters, The Hope learnt.

Speaking with The Hope, a neighbour of the couple for eight years, Mr Chukuka Obinna described the deceased as a very quiet and pleasant lady. He said “they have always been having arguments but they settled amicably between themselves.

“There was even a day that after beating her, the man called us to assist him to take his wife to the hospital.

” I really don’t know what led to this fight that caused the death of the woman.

“But on this day, it became serious. We were hearing their voices and later everywhere went silent.

“Before we knew what went wrong, the man was trying to revive the lady after using something to strike her in anger.”

Another neighbour, Mrs Grace Adebowale said they were hearing their voices from her own section of the house and assumed it’s their normal fight.

“It’s unfortunate that it turned out this way because she told me she needed a good contractor that will help her build her sister’s house for her, as she wished to take labourer from Akure to their village as it’s more cheaper for her. Contacted, the Ondo State Police Public Relations Officer (PPRO), SP Fummy Odunayo yesterday confirmed the incident as a case of domestic violence.

She added that the fight occured at the early hours of the day.

The PPRO advised that couples should learn how to handle matters with maturity. If there’s something wrong, they should learn to know the appropriate steps to take when they are angry and not let it end this way.

She said the suspect is cooling his feet at the state CID, awaiting the next line of action to be taken by the law, she added.