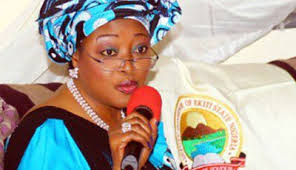 The Ekiti State Deputy Governor, Mrs. Monisade Afuye, has described boarding system as one of the best ways to strengthen education, make it more functional and standard in any country.

Afuye said the policy helps to instill morality in students, cut their excesses and make them more exceptional in performances in internal and external examinations.

The old students presented an award of excellence to the Deputy Governor for her contributions to the school, describing her as a worthy and committed alumnus of the institution.

A statement by the Special Assistant Media to the Deputy Governor, Victor Ogunje, quoted Mrs. Afuye as expressing joy over moves being made by the old students to reintroduce boarding  system back to the school, saying this will help in shaping the moral and academic lives of the students.

She applauded the old students for partnering government to increase the facilities in the school, urging citizens to cultivate the culture of contributing to their Alma maters to reshape education in Ekiti, saying government cannot manage education alone.

She said; “During our time, the boarding facilities were available and I benefited. It really helped me a lot. Some of the things I learnt as a boarding student are still useful to me till today.

“So, I really appreciate the alumni for making efforts to reintroduce Boarding System in our school. It is a very good concept and I am happy about that. That school had produced good products in Ikere and across Ekiti, we have to do things that will make our students proud.”

In his submission, the National President of AMOSA, Engr. Olukayode Ilesanmi, said the old students conceived the reintroduction of boarding system to facilitate good moral standing as well as raise the standard of education in the school.

Ilesanmi regretted that the boarding system was stopped in Amoye Grammar school when government took ownership of schools, saying the Parents Teachers’ Association was eager to have it reintroduced in due course.

‘Why students should build career in Journalism’

‘Why students should build career in Journalism’