‘Border closure  for self reliance’ 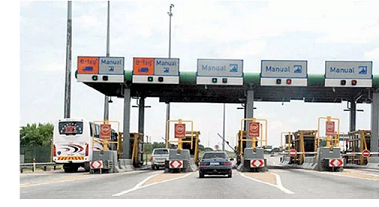 ‘Border closure  for self reliance’

From Jimoh Ahmed, Ikare Akoko
|
Farmers in Akoko area of Ondo state have described the temporary closure of Nigerian border as a way to prepare the country for self reliance in area of food production.

The duo of  Alhaji Mohammed Hussein and  Alhaji Imam Aliu  from Okeagbe and Erusu Akoko in Akoko Northwest Local Government Area of the State  commended the bold efforts of the Federal government on the policy which they described was very harsh at the initial stage adding that domestic goods are thriving while local rice in particular now flooded the markets.

According to them, farmers are now ready to diversify into rice plantation which is the major bone of contention on border closure policy of the federal government.

They posited that the closure has lifted Nigeria up as indisputable leader of the economy of ECOWAS regional communities.

The farmers while condemning government’s bureaucracy said this is a serious factor militating against development of agriculture in Nigeria.

They queried why a non practising farmer would get huge loan facilities at the expense of the real farmers, saying this trend must change.

They urged government to create enabling environment for farmers particularly security of lives and their crops from vandalization.

They appealed youths especially school leavers to embrace farming while land owners must be magnanimous in releasing land for agriculture.