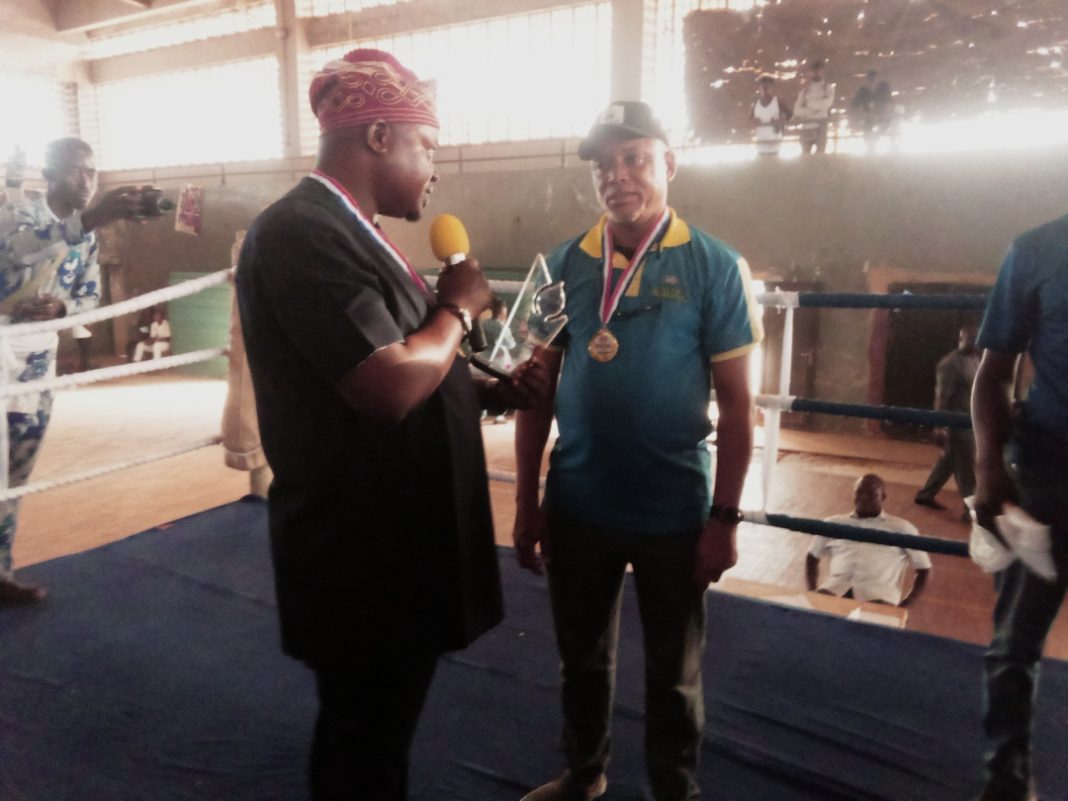 Ondo State Commissioner for Youth and Sports Development, Otunba Dele Ologun has called on private individuals to join hands with the government to develop sports in the state.

To this end, he called on well meaning individuals in the state to extend their philanthropic gesture to sports development in Ondo State.

The commissioner stated these at the boxing competition organised by Ondo State Boxing Association in conjunction with “Himolight Foundation” held at the indoor hall of the state sports council in Akure the state capital.

Ologun said the big challenge before his ministry is how to harness the potential budding talented athletes in the state, adding that it’s pertinent for to catch them young for the glory of the state.

He commended the organisers of the boxing bout for their vision to unearth budding talents in the state.

He said “with what I have seen here today, if we have a good and up-to-date training equipment, we can produce a better Anthony Joshua.”

The General Manager of the State Sports Council, Mr Henry Babatunde said that the purpose of the competition was to promote boxing as a sports, adding that boxing day is naturally dedicated for expression of love.

Babatunde said the council took the advantage of the day to organise competition in order to promote and encourage interested youth who are willing to become boxers.

He also used the medium to reach out to people to come and assist the council in promoting and developing boxing in the state.

The sponsor of the competition, Mr Imole Omoniwa commended the participants for the display of professionalism from the beginning to the end of the bouts.

Omoniwa, represented by Mrs Mary Owolaye encouraged the boxers to be focused and put in their best at all times to achieve their goal.

He said, “boxing is a good profession, they should keep on going without distraction from any quarters, God will one day crown their efforts”.

The National President of Referee and Judges Association of Nigeria, Elder Joseph Osowa described the event as superb saying it will go along way to encourage the young boxers.

” I commend the organisers and the coaches for putting up this kind of even together on a day like this, all we need to do is to encourage all these young boxers because there are lots of future great boxers among them”.

Two of the winners Chukwu Roseline 54KG female and Omotola Oyewole 60KG Male thanked the organisers for the competition, they said it’s part of their preparation for the National Sports Festival coming up next year in Delta State.

According to “Chukwu Roseline , I don’t joke with any competition coming my way. I take every bout serious because it’s not easy to be a champion.”

Ten winners emerged at the competition in different categories with three females and seven males.

All the winners were presented with Boxing gloves valued at N15,000 each.