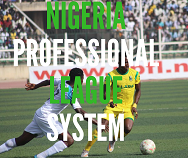 By Steve Alabi
|
Just as I argued last week that there is an urgent need to align the Nigerian league season with the European season, I believe there is a greater need to break new marketing grounds for the local league in order to ensure the survival of the clubs. The financial burdens the clubs bear are too enormous while the income is too meagre to sustain their operations. There is always a clear and present danger in every club that bankruptcy is but a match away. But for the benevolence of the state government proprietors who sustain them on public funds, many clubs would have gone into oblivion.

The clubs are the ones spending money on the game without any structured way of recouping expenses or generating income. One might ask, what about gate takings? Even in the days when the stadia used to be filled up, gate fees were so miserably inadequate that they could not cover ten percent of clubs’ expenses. Broadcast rights are virtually non-existent. There is no pool system to back up the league. The betting games that have taken over the entire landscape contribute nothing to the league. Other marketing strategies like merchandising of clubs and league memorabilia and souvenirs are hardly in place. Income generation is not a function of systematic order. The clubs virtually run on huge losses. Their marketing personnel hardly make the salaries they earn.

Running football clubs is an endless bottom. Only governments have the resources to sustain such profitless ventures. Even stupendously rich men like the late Pillar of Sports in Africa, Chief M. K. O. Abiola, Chief Emmanuel Iwuanyawu and Chief Oscar Udoji, despite their love for the beautiful game, were forced to throw in the towel when football budgets drew huge holes in their fat pockets. Seemingly solid corporate organizations tactically consigned their clubs to the dustbin of history to avoid going under. Some government owned clubs have even gone into extinction due to cash crunch.

The betting games that have taken over old pool stakings offer the best options to reinvigorate the financing of not only the league but the entire football architecture in the country. The betting market has become a huge economic activity feeding fat on the passion of Nigerians for the beautiful game and bringing in stupendous profits for owners without adequately giving back. Any business that derives its oxygen from the game has a responsibility to contribute to its sustenance, even if it has to be compelled by legislation. It does not matter that the betting is mainly on foreign leagues. As long as the betting companies make their money from within our shores, they have to contribute to the local game. The earlier they are forced to do this by legislation, the better.

With lifeline from betting, the clubs can increase their marketing capacity which will in turn escalate their competitiveness. The most effective marketing strategy in football is uninfluenced competitiveness. No matter the level of sponsorship in the league, professional clubs will still require extra sources of income to break even. Extra income can only come through increased competitiveness. Since there is a limit to the elasticity of the marketability of the league, there is the need to introduce another competition of high profile that can create a swell of financing and sponsorship opportunities for professional clubs. This is different from the Aiteo Cup which is open to all nationally registered clubs, whether professional or not. The creation of a League Cup championship will level the divisional barriers in the professional ranks and increase the revenue options for the clubs.

There is no gainsaying the fact that broadcast rights form a major portion of football income all over the world. There is no reason why the situation should be different in our country. In view of the importance of broadcasting to the development of the league, there is an urgent need to review past agreements on broadcast rights to ascertain why they were not beneficial to the growth of the league. We should then design and emplace new protocols of broadcast rights that will ensure an effective, growth-assured and profitable regime.

I have no doubt in my mind that these proposals are capable of changing our league for the better. Football is not only entertainment but also huge business. The economic opportunities are as enormous as in any other industry. But the icing on the cake is that, in addition to the economic benefits, stakeholders derive immense direct and cathartic joy and happiness from the game.