Brothers, one other arrested for assaulting Amotekun officer 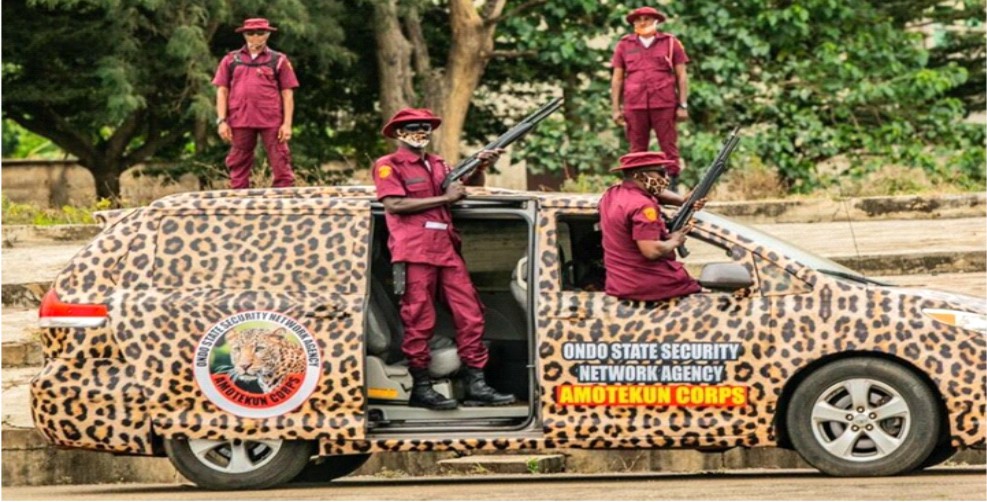 The siblings, alongside one Olaiya Alawoesokan, were arraigned over allegations that they conspired with others at large to launch an attack on one Oluwasegun Omoloro, in his duty post at the Amotekun office.

The Hope Metro learnt that the incident happened at 11:45pm at Amotekun office in Irele.

The accused persons who were dragged before the Akure Magistrate’s Court, are facing trial on two counts of conspiracy and assault occasioning harm.

According to the state counsel, O.F Akeredolu, the accused persons conspired and unlawfully assaulted the victim, an Amotekun officer at his duty post in Irele

Akeredolu, therefore, prayed for an adjournment to enable him prepare for the trial.

Defence Counsel, Mr O. Bernard, prayed the court to admit his clients to bail in most liberal terms, promising to provide reliable sureties.

The Magistrate D. S Sekoni, in his ruling, granted the accused persons bail in the sum of N200,000 with one surety in like sum.

He adjourned the case till November 26 for hearing.