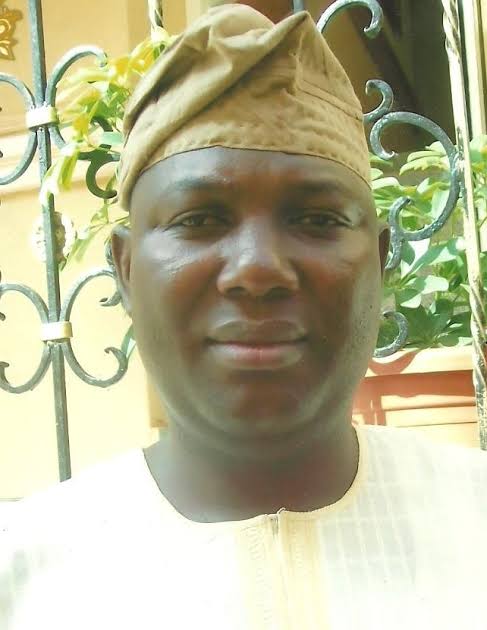 Leaders of the All  Progressives Congress (APC) in Akoko Northwest Constituency II have dissociated themselves from the recent comment by the lawmaker representing them in the state House of Assembly, Mr Gbenga Araoyinbo on the reordered budget recently presented by Governor Oluwarotimi Akeredolu to the legislators.

They made their intentions known at a press conference organized by concerned leaders in Akoko Northwest in Irun Akoko.

They noted that Araoyinbo is not working in the interest of the people he represents.

The Chairman of the APC in the constituency, Alhaji Abdul Bello, condemned Araoyinbo for not seeking the advice of his constituents and leaders of the party in the area before taking decisions that could hamper the progress of the region.

It would be recalled that Araoyinbo had made some comments in the national dailies that 2018 reordered budget exercise  by the state government was unconstitutional and an attempt to cover up ‘shady deals’ by the governor.

Bello, said it was imperative for the lawmaker to retrace his steps for his own integrity and benefit of his constituents to also benefit in the dividends of democracy as promised by governor.

His words:”What has he done for us in the constituency? He has done nothing for us. We have not felt any impact of his presence in the legislative representation.

“Had his trip to Abuja been successful ,hoping to be confirmed by the party as the House of Representative candidate of the region, would he be abusing the governor? No.

“He should know that he was not the only person affected by the primary issues. This is not the first time such things will be happening, it had happened during the period of late Chief Obafemi Awolowo was leading us and we knew how we went about it then.

“But for him to now be involving himself in such activities that is not palatable to us, we won’t condone it, it is totally rejected by the constituency, that is our position.

“All he is doing will not affect the governor, it is his constituents that would bear the brunt of his actions, so we are rejecting his actions.”

Similarly, the Vice Chairman of the APC in Akoko Northwest Local Government area, Alhaji Akindele Oloruntoba wondered why state government’s effort to effect transformation of the state after years of neglects in the region could be prevented by someone who is supposed to work in the interest of the people.

Oloruntoba said the lawmaker had never consulted the leaders of the party in the region on any decision which had never gone down well with people in the area.

He noted that in the past, members of the State House of Assembly always consult their constituents and leaders before taking ‘grave’ positions on matters of interests.

In the same vein, another leader, Mr Esan Owolabi condemned Araoyinbo,  emphasizing that though there should be independence of the three arms of government, noting that stakeholders should however work towards what would impart positively on the lives of their people.

Owolabi commended the various steps being taken by governor for his efforts at transforming the state.

“He is on his own, I am emphatic about it and we are with the governor. The Senate Committee on Works just commended Akeredolu because of what he has been doing in our region, all we ask Araoyinbo to do is to support the governor.

“We are not saying there should be no independence of legislators, but they should work with executive for the progress of the state.

On his part, Alhaji Saliu Aro called on  Araoyinbo to focus on his primary assignment as lawmaker rather than creating confusion among followers.

Aro stressed that the statement earlier made by Ara Oyinbo was carried out without consultation with the people he represents.