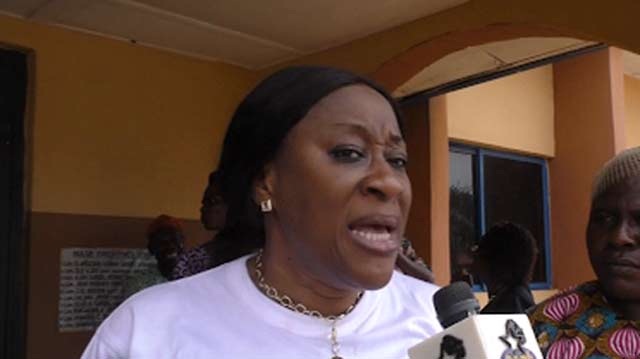 Special Adviser to Ondo State Governor on Public and Inter-Governmental Relations, Mrs Olubunmi Ademosu has commended Osun State Governor, Gboyega Oyetola for raising the bar of governance as well as institutionalizing transparency and accountability in budgetary process across the various Ministries, Departments and Agencies of Government.
Ademosu who led a team from the Ondo State Ministry of Economic Planning and Budget made this known during a working visit to Osun State.
Ademosu said the working visit to Osun has indeed been an eye opener especially in the area of transparent budgetry process.
She noted that the tour to Osun has been a rewarding one for her and the team because they have seen the reason why Osun is always the bride of international donor agencies especially in the area of giving grants to assist the state.
The Special Adviser stated that the transparent nature of running government in Osun is second to none because the system on ground will just not allow any wrong doing, stressing that the beauty of it is that the right way to do things are being institutionalized with passion and sincerity by all officers.
While eulogizing Governor Oyetola for laying the template for a transparent and accountable style of governance, Odumosu maintained that the Governor has demonstrated a sincere desire and passion to steer the ship of the state forward.
“The foundation has been laid and the way I see it, there is not going to be any deviation from it, we have seen and we have learnt so much from the state of Osun”, Mrs Ademosu stated.
While thanking the Ondo team for their visit, Osun Commissioner For Economic Planning and Budget, Prof. Olalekan Yinusa said all credit must go to Governor Oyetola who came into office with the mindset to institutionalize transparency and accountability in the running of government.