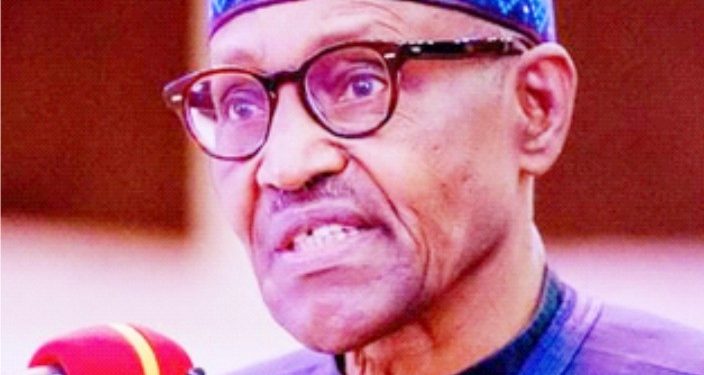 Still in the mood of felicitations on the milestone of 80th birthday anniversary of Mr. President, it is meet to peep at a thought provoking book, “The power of character in leadership” authored by the late celebrated black American evangelist, priest and prolific writer, Dr. Myles Munroe.

Monrue said, the most important quality a true leader should and must possess is moral force of noble and stable character which President Mohammadu Buhari has in reasonably fair quantum.

First and foremost, as  former head of state in 1983 Mohammadu Buhari who was content with the title of major General stood strong in the comity of world leaders as a man of action and destiny to salvage his motherland from one crisis or another. He was to rescue Nigeria from the clutches of the notorious National Party of Nigeria (NPN) which ran the economy a Ground as a result of wanton corruption and life as dissolute pleasures laziness and indolence of political office holders with their complacent civil servants.

His military junta introduced war Against Indiscipline (WAI) and some draconic measures to sanitize the Nation of graft. He was swiftly overthrown by palace coup led by General Ibrahim Badamosi Babangida (IBB) who later institutionalized corruption as a way of life in Nigeria. Here we are!

Due to afflux of time and per adventure, the opportunity came on his way even on the fourth attempt at vying for presidency. The electoral mandate fervidly and freely given Mohammadu Buhari led. All Progressives Party (APC) on the outcome of 2015 presidential polls.

President Buhari overwhelmingly won the elections in the main to put paid and must the incarnate of defunct NPN which is the People’s Democratic Party (PDP).

PDP as a ruling party in the federal administration for upwards of 16 years brought economic tribulation, woes and grave insecurity on the country.

On assumption of office, Mr. President faced the stark reality of government; the enormity and grim havoc on the economy wreaked on the nation by rapacious insensitive and incompetent PDP administrators.  The price of oil which is the main stay of our economy plummeted in the international market. Nigeria as the 6th world oil producing nation has nothing to show for it due to lack of vision and thriftiness peculiar to the nation’s political office holders who won’t save for the rainy day.

It is very easy to destroy and pull structures down without showing remorse while it requires hard deep thinking, ingenuity and master plan to build.

However inspite of President Buhari’s shortcoming due to his military background and most unfortunate, for clustering around himself in the presidency a coterie of political riffraff, man and probably women of small and mean minds who brazenly champion ethno-religious interests to rock the boat.

President Mohammadu Buhari is still a true custodian and epitome of this rare virtue of noble and stable character combined with integrity as a serving military administrator and former head of state.

He is unassuming, not having egregious lust for dubious wealth, material and mundane acquisition like former military heads of state turned either military or elected president. A zero tolerance for corruption even some are allegedly and openly stealing under his watch as financial sleaze and corruption have become endemic disease in the fabrics of all Nigerians.

That might perhaps be why the first African winner of Noble prize in literature and the conscience of the nation, Professor Wole Soyinka aptly described Mohammadu Buhari  as the “only man standing” both in the military and civilian circles while contending for 2015 presidential polls to oust the ineptitude of Goodluck  Jonathan led PDP.

Unfortunately, Mr. President started to falter on the simplistic declaration to the nation that he did not belong to anyone. Whatever the implication of the nebulous and ambiguous executive pronouncement was twisted by the traitors impostors and perfidious characters infiltrated into APC. The fifth columnists eventually threw spanners to the works of the first democratic government with progressive bent ever ascended the governance of Nigeria since independence.

President Buhari could be so naïve as far as the dynamics of vicissitude partisan politics was concerned owing to his military background. For his relatively long absence from his desk in the State House. Also villa on the ground of ill health which he (Mr. President) confessed was strange to him since he was born.

This, presumably meant that President Buhari received his own baptism of fire that awaits any politician with mission and action in our own clime.

Regardless of this, a “cow Fulani boy” born in the ancient and famous Daura in Katsina State, President Buhari initially to the dregs of the society “the talakawo,” and he emotionally identified with them. By dint of hardwork, industry. Serene and quiet mien and benevolent policy on education obtainable in the North, President Buhari is a radiant star among the galaxies.

As a born again” democrat of progressive oriented ideological orientation, he is imbued with humility and ever ready disposition to learn fast and know the rope; and what it entails to become a serving progressive servant leader in a vast multi religious, ethnic and disparate diversities like Nigeria.

In spite of his taciturnity a recluse; a man of conviction  and staunch principle both in public and private affairs: Some behold the former general at a distance as Fulani irredentist which perhaps not furtherest from the truth.

However, President Mohammadu Buhari, may be an account of old age, does not by any jolt it evince grudges, instead extend magnanimity and olive branch to former governor of Ekiti, Peter Ayodele Fayose and Nyesom Wike, governor of Rivers’ state in the rival PDP opposition. Mr President definitely has an axe to grind with them over certain national issue bordering on economy and security.

Before now, President Buhari has been making inspiring valedictory speeches severally both at home and abroad that he has done his best for his country.

He is excited and eager to retire to his ancestral home, Daura.

No man is infallible, his laudable achievements in APC administration need not retelling as can be accessed fairly and objectively in the public domain.

It is striking that President Mohammadu Buhari will go down into the annals of the chequered political history of Nigeria as the best president in post-military era gifted with a larger heart than life.

He personally alongside the entourage of APC campaign trail, visited the Ikenne residence of the late sage, Chief Obafemi Awolowo and paid tribute during his presidential electioneering in 2015. By this spectacular action, President Buhari excelled while others failed, for he had demonstrated political sagacity and acumen and leading light for the rest of the country to follow.

Mohammadu Buhari as out going president will be immortalizing his name in the hall of fame; giving honour to whom it is due either dead or alive and immortalizing the legacy of progressive government to continue with re-animated vigour after his exit on May 29, 2023.