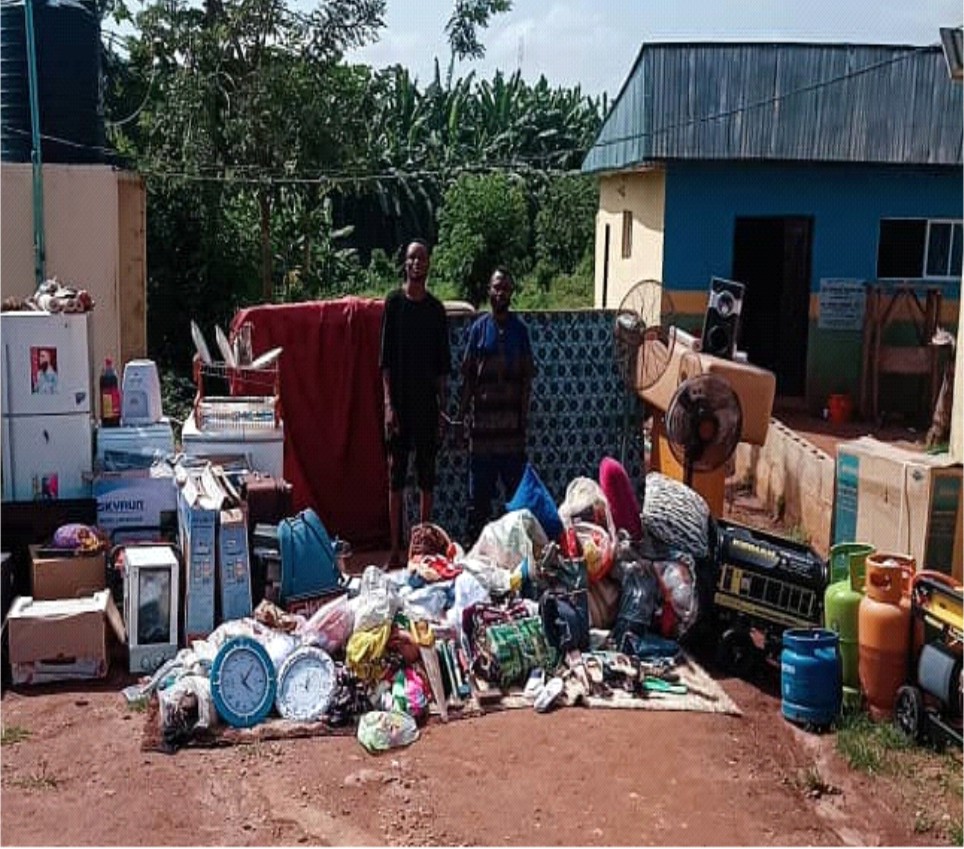 The suspects whose names were given as Segun Olamide and Olatunde Michael, were reported to have burgled sixteen different shops belonging to sixteen different persons and carted away numerous valuables estimated about millions of naira.

According to the Police Public Relations Officer of the command, Mr Sunday Abutu, one of the victims,  Michael was identified as a notorious criminal in Akure, the Ondo State capital and had been on the wanted list of the police for sometimes.

The Ekiti Police Image maker said the two suspects arrested led Police operatives to where they hid some of the stolen items.

Some of the items recovered from the suspects included; 15 varieties of electronic appliances, two hundred and twenty pairs of male and female shoes,

Other items recovered from the suspects include,  large quantity of women accessories and lingeries, different house properties, one bag containing three hammers, one wooden saw and a chisel.

Abutu said effort is ongoing to arrest the fleeing suspects and recover more items, while the two suspects arrested will be prosecuted accordingly.