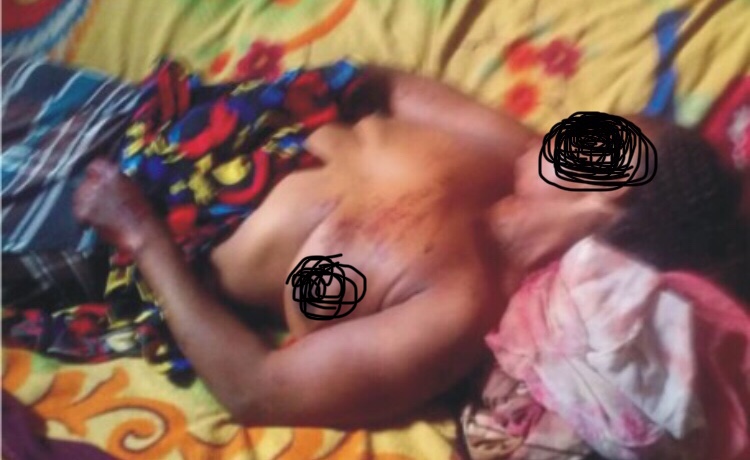 The people of Iyin-Ekiti in Irepodun/Ifelodun Local Government Area of Ekiti State were thrown into confusion on Thursday,  following the gruesome murder of a 35-year-old woman Sefiat Useni, who was reportedly hacked to death by yet to be identified persons in the town.

The Hope Metro learnt that the deceased who was a ‘Ponmo’ seller, was kiiled inside her room at night in a mysterious circumstance.

The death of Sefiat was said to have  caused uproar between some youths of the community and a popular herbalist whom  they accused of being behind the death of the deceased.

The youth alleged that the deceased was hit on the head with a pestle before she died on the spot.

They equally alleged that the death of Sefiat Useni, was the second similar incident in the last two months in the area.

It was revealed that her body and the room where she was murdered were drenched with blood as a result of the severe head injury she sustained during the attack.

The death of the woman which later  resulted into violent protest was later put under control following the intervention of the officials of the divisional police station in the town.

Police Public Relation Officer, Mr. Sunday Abutu, confirmed that the woman was murdered in cold-blood and the cause of the death was being investigated.

He said normalcy had returned to the community following the intervention of the police. He however confirmed the arrest of one person in connection with the matter.

“We have arrested a suspect in respect of this murder and he is being detained at the Criminal Investigation Department (CID) section”, he said.