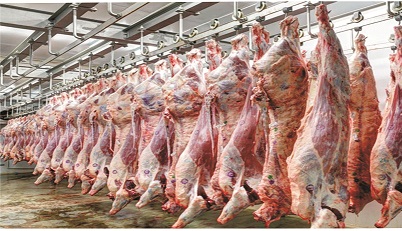 The Director of Veterinary Services, Ondo State Ministry of Agriculture, Dr Adebayo Ehinmowo, has disclosed that 90 percent of butchers in Akure South and North  local government areas have complied with the directive of the government to move to the semi mechanised abattoir.

Ehinmowo, who made the disclosure in his office while speaking with The Hope last week said government started using the place in January this year.

According to him, the meat being consumed in Akure is more wholesome than what it used to be because they are being slaughtered in a hygenic environment where there is enough water.

He stated that slaughtering and processing are now done under the supervision of veterinary officers, saying that animals are being inspected to ensure they are free from any known disease before they are  passed for human consumption.

Ehinmowo affirmed that moving the butchers to the abattoir has helped government to block revenue leakages generation from slaughtering in the state, stressing that it was difficult to get the accurate number of animals before, because it was difficult to monitor them since they all slaughtered at the same time.

He informed that the ministry is trying to send a bill to the House of Assembly to ban ceremonial slaughtering at residences, saying that  majority of the animals are processed through burning which had been banned in the state.

Ehinmowo who said the ministry will do more awareness, noted that it is cheaper to slaughter at the facility than at home.

According to him, about sixty animals were being slaughtered daily in the facility and were taken to different selling points across Akure North and South.

He called on the people to patronize the place, adding that it promotes public health.