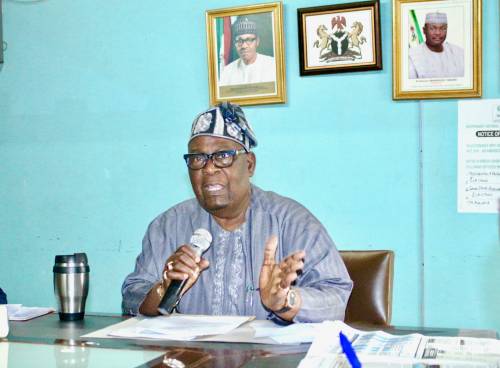 All is now set for the conduct of the bye-election into the Akure North /South Federal Constituency as the Independent National Electoral Commission (INEC) assured of a free and fair election.

The election was to fill the vacant seat created as a result of the death of Mr. Omolafe Adedayo popularly known as Expensive.

The State Resident Electoral Commissioner (REC) of the Commission, Dr.Rufus Akeju, gave the assurance while speaking with The Hope during the distribution of sensitive materials for the election at the Central Bank of Nigeria (CBN) branch in Akure, the State capital

Akeju assured all the political parties participating in the poll of level playing ground.

His words: “By the grace of God, we will not conduct inconclusive election because Almighty God does not do half job.He concludes His job.He said the election will be credible and conclusive.

The REC, however, warned that anyone that attempt to snatch ballot boxes on the election day would be arrested by security operatives and prosecuted.

“We always conclude our elections here in Ondo State. No doubt, this election will be conducted and concluded,” he assured.

INEC distributed sensitive materials which include Forms 8A, 8B, EC 8C and EC  8D to be used at Polling Unit, ward collation , Local Government and Federal Constituency collation levels respectively.

All the sensitive materials were customized as the REC also authenticated form EC 8B (ll) known as result sheet for the election in the presence of representative of the political parties.

It would be recalled that non-sensitive materials had earlier distributed to the two local governments involved in the election.

Representatives of the political parties who spoke with journalists expressed their satisfaction with the distribution of the election materials and charged INEC to live up to expectation in the conduct of the election.