CAN charges politicians on faithfulness 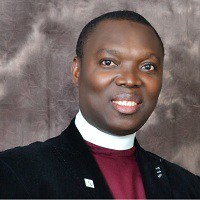 By Mary Agidi
|
The Chairman of the Christians Association of Nigeria, CAN, Ondo state chapter, Rev Ayo Oladapo has charged religious leaders to encourage their members to be faithful , dedicated, and committed to the course in which they have been employed to serve and shun politics of bitterness.

Speaking on the roles of  religious leaders in politics and good governance, the cleric said religious leaders are saddled with the responsibility to admonish their followers to portray themselves as good ambassadors of Christ while playing politics.

Oladapo who gave the charge in an interview with The Hope charged christians in elective positions to display good characters that christians are known for in their offices and make sure their lives will not tarnish the image of Christ.

On the forthcoming general elections, the CAN boss however appealed to the Independent National Electoral Commission, INEC, not to cause conflict and consequently revolution  in 2019 general elections by manipulating votes.

“INEC should not push people to the wall that there will be revolution in the nation, INEC should count the votes and ensure that there is no manipulation, nobody should call from any quarter to declare an election inconclusive or to change figures”, he said.

He charged Christians to be fully involved in the electoral processes and governance, and expressed optimism that Nigeria would one day overcome the situation of godfatherism in politics whereby an ordinary person who can deliver would be given the opportunity to be voted-for.

Reacting to the recent marriage of the Ooni of Ife to a young Akure-based Prophetess which has attracted criticisms from every angle, the cleric described the marriage as perfect in as much as both the traditional ruler and the Prophetess are human beings, saying marriage is about love.