Can the President veto a bill passed by the National Assembly? 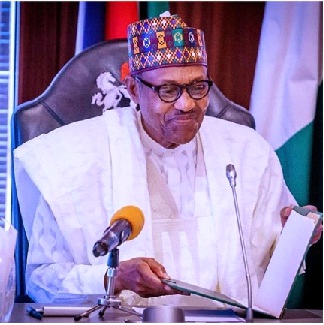 A presidential veto is a constitutional mechanism that enables an elected head of state to refuse assent to a legislative bill (proposed law) that has been passed by the legislature, but not yet finally enacted.
The hope classics spoke with legal practitioners on the matters. Excerpts;

After a Bill has passed through all the necessary steps at the National Assembly which includes the FIRST, SECOND, THIRD reading, a clean copy of the said Bill is made and sent to the President for his Assent.

However, if the President is not in agreement with the said Bill, he can withhold his Assent and refuse to sign the Bill into Law. If he withholds it, it is known as VETO.

Now, if the President’s refuses to assent the Bill, the Bill is sent back to the National Assembly for correction to what the President wants.

If the two-thirds majority signs it, it does not require the assent of the President anymore and there is nothing the President can do about it. The Bill will become Law.

The President cited several reasons for refusing assent to the bills. The reasons include, infractions on extant laws, duplication of responsibilities of existing agencies, and financial constraints owing to prevailing economic circumstances. For instance, the President in his refusal of assent to the Ajaokuta Iron and Steel Completion Fund Bill stated in one of the letters to the Senate President, that appropriating $1billion from the Excess Crude Account, as requested for in the bill by the federal lawmakers was not the best strategic option for Nigeria at the time of budgetary constraints. According to the President, “the Nation cannot afford to commit such an amount in the midst of competing priorities with long term social and economic impact that the funds can be alternatively deployed towards”.

While some people in some quarters believe that the President’s reasons for declining assent to the bills are justified, some others believe that such decisions are a set setback to the development of our laws.

The overriding power still resides with the National Assembly to consider the expedience of each of the bills to which the President has refused assent and to determine if it would take the passage of the bills a step further.

The President may veto the Bill if he disagrees with its provisions or some aspects of it, by withholding his/her signature. When this happens, the President can state the areas he wants amended before he signs the Bill (Danwanka, 2017). If the National Assembly agrees with the President the Bill can be withdrawn for deliberation on the amendments suggested by the President.

If the amendments are agreed to, it is forwarded to the President who then assents to it.
The President is also empowered under the Constitution to veto the Bill. If the National Assembly does not agree with the veto, it is empowered to overrule the President’s veto as prescribed in section 58(5) of the 1999 Constitution (as amended).

This states that if the Bill is again passed by each House by two-thirds majority, the Bill shall become law and the assent of the President is not necessary.

Presidents veto power is the power of a democratic head of state to refuse assent to the bill passed by the National Assembly (legislative arm of the government) The power of the president to veto a bill is implied in nature and as a matter of fact presidential veto power is an instrument to check the excesses of the Legislative arm of government.

President veto power plays a vital role in maintaining the nation’s national interest both domestic and international relations with other countries and as a matter of fact if the president veto is maintained positively it will enhance and protect governance and also the country’s legal system. It is trite that in the process of passing to bill at the National assembly the presidential Assent is fundamental for the bill to become an Act but in a situation whereby the president refused to give assent to the Bill then important reasons and grounds for the refusal must be given for this action.

If Assent is given to the bill what will be the outcome and effect on the country both in country’s present situation and its effect in the future. Another factor to consider is that will the bill if Assent is given how feasibly is the practicability of the Act, will it be CONSISTENT? Another is the bill not in contradiction with other Acts in existence and will this act Repeal the other Act?, These are those factors the president will consider before giving Assent to a bill.

In a situation where the Presidential report satisfy, is correct and is genuine, will there be need for the house members to recall for the bill and if they do despite the warning of the president about the negative effect of the bill on the country affair then the president can approach the court in other to stop them where both parties(sides) will have to come and state there reasons.

Once both chambers of Congress have each agreed to the bill, it is enrolled – that is, prepared in its final official form and then presented to the President. Beginning at midnight on the closing of the day of presentment, the President has 10 days, excluding Sundays, to sign or veto the bill. If the bill is signed in that 10-day period, it becomes law. If the president declines to either sign or veto it – that is, he does not act on it in any way – then it becomes law without his signature (except when Congress has adjourned under certain circumstances).

After the bill is passed by both Chambers it is sent to the President for his approval or his signature, which if granted creates a Public Law. When a President comments on and refuses to sign a bill it is known as a veto. A vetoed bill may return to Congress for reconsideration.

A legislative bill that has successfully passed in the House of Assembly can become a law whether or not the President (or the executive) vetoes it.

The executive can refuse to assent to the bill so as to prevent enactment or cause reconsideration. When this happens, the legislature can proceed to make the bill a law after 30 days of sending the bill to the executive for assent. This means that the veto can be overridden only by a two-thirds vote in both the Senate and the House and the bill becomes law over the President’s objections.

Note that if the President vetoes the bill it is sent back to the legislature with a note listing his/her reasons. In order to pass the vetoed bill, the chamber that originated the legislation can attempt to override the veto by a vote of two-thirds of those present (Usually an act is passed by a simple majority). If the veto of the bill is overridden in both chambers then it becomes law.

This check prevents the President from blocking an act when significant support for it exists.

A presidential veto is a constitutional mechanism that enables an elected head of state to refuse assent to a legislative bill (proposed law) that has been passed by the legislature, but not yet finally enacted. The effect of the presidential veto is to stop the bill from becoming law, unless the veto is overridden according to a constitutionally prescribed procedure which normally involves a two third decision in the legislature. The grounds on which the veto power may be exercised and the difficulty of overriding the veto vary between jurisdictions.

This Primer focuses on the legislative veto power in presidential and semi-presidential democracies, where popularly elected presidents exercise substantial powers and are expected to play a relatively active political role. The veto power can be a powerful tool, in such systems, in strengthening the president’s influence over policy and legislation. The Primer also mentions vetoes exercised by heads of state in parliamentary democracies, but only in brief. Historically, the veto power was intended mainly as a passive instrument to protect the constitutional separation of powers and the rights of citizens as part of a system of checks and balances. It retains this function in many cases but has also emerged as an instrument of inter-institutional policy bargaining in democracies characterized by presidential leadership.

The veto power puts great power and responsibility in the hands of one person:
why should one person’s decision outweigh the decision of a whole legislative assembly? Excessive presidential veto powers may unbalance the working relationship between the executive and legislative branches, resulting in a combination of autocracy and deadlock.

Can a minor acquire property in Nigeria?