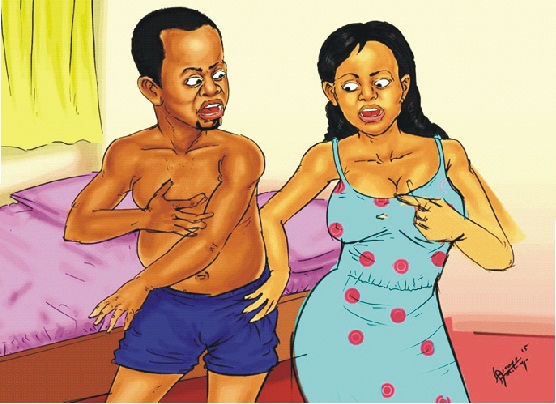 Adultery has existed since marriage was instituted, yet it remains poorly understood.
Many times, it can be pretty difficult to singularly define infidelity and what is considered cheating because people think differently about what constitutes appropriate and inappropriate behavior. The definition of cheating can be an especially fuzzy one for married people who had skipped the adultery conversation before tying the knot.
The only way to define cheating and infidelity is if you personally feel your expectations of faithfulness have been violated.
Dr Ayodeji Ayanleye, a Therapist and Health Educator, in his contribution said, “Infidelity doesn’t always mean a relationship is over, especially if your partner is truly remorseful. In fact, true remorse is a big indicator that there is hope for the relationship, especially if you have been together a long time and have children. But, both of you have to realize that your relationship will never be the same. You can’t just pretend like nothing ever happened if you want anything to change. You both have a lot of hard work make the relationship successful”
On the contrary, Debby Essien, a business woman, said “relationship is all about love, loyalty, and trust. When these are not valued it will be very difficult for a relationship to succeed. People tend to give a number of excuses when they are caught cheating on their partners with the hope that eventually when their partners are convinced, they would forgive them. I personally think that after cheating, the relationship cannot remain normal. There is the possibility of things getting better, but at the same time, they can worsen too. The truth is, after a partner has cheated, there is distrust, and this is from both ends. When one has cheated, they also know deep down that they lost the trust the other person had in them, and as they are the guilty party, they also begin to feel insecure. The cheat begins to fear that he will reap the fruit of his infidelity and will be cheated on too. Infidelity is a serious issue and even if the couple has decided to work things out and move past this incident, the distrust would rear its ugly head every now and then. For instance, if one has to travel somewhere on his own, the thought would always be there that the cheating partner would avail this opportunity to cheat. Distrust makes it pretty much impossible to trust each other fully again”
Feranmi Oyedele, a business consultant, said “well, it depends. Normally, when people cheat, it is because there is something not normal in their relationship. It could be anything. Lack of emotional connection, dull sex life or just no attraction. At the same time, one cannot deny that often, it happens unintentionally as well. Marital infidelity occurs in about 4.3 percentage of the married men and 2.3 percentage of the married women. According to some studies, 25 percentage of men and 11 percentage of women at some points in their lives end up sleeping with someone else. With time, I see the numbers are even higher. Sometimes it is just an unfortunate stroke of bad luck and the cheating party realizes it right away that they have done something wrong and need to set things right”
Bunmi Adewa, a lifestyle guru, said “No, I do not think there is hope or happiness in a relationship after someone has cheated.
“It doesn’t matter how wonderful the relationship or the marriage is, if someone cheats, the relationship will be completely changed forever”
Biodun Ayoola, relationship expert, in his words said “In my opinion, there are mistakes that everyone makes in relationships and in marriages. However, cheating is one mistake that if it happens one time, that is one time TOO MANY. I would never be able to fully trust anyone after they have cheated on me.
A relationship is a commitment you make to the person you love to respect and honor, and always be honest and devoted to them. Cheating is breaking all of those promises. It is the ultimate betrayal of trust in a relationship, and without trust, you cannot have a successful or happy relationship.