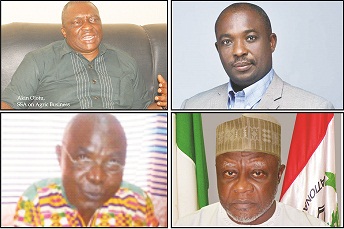 By Evelyn Omotoye
|
Medical experts and an agronomist have supported the call by the Ondo State government on the restricted legalization of cannabis cultivation, insisting that the medicinal and economic benefits of the plant are too many to be ignored.

They posited that cannabis has medicinal potentials which could  treat  71 health challenges.

The Head of Pharmacy, Ondo State University of Medical College Teaching Hospital, UNIMEDTH, Dr Adegoke Adeyemi, Ondo State Chairman of Pharmaceutical Society of Nigerian, PSN, Dr Abiodun Aiyeku and Senior Special Assistant to the state government on Agric and Agro-Business, Pastor Akin Olotu stated that cannabis should be explored for the medicinal benefit of the people.

The trio in separate interviews were of the view that if exploited, it could lead to a major turnaround of the state economy.

Adegoke who noted that cannabis is a plant with many medicinal properties which are beneficial to human health, maintained that the state cannot afford to loose out of its God given potentials to make wealth for its people.

His words: “Cannabis is a plant which has many medicinal properties that can be used to treat ailments such as chronic pain, cancer, anxiety, disorder, neurological disorder. It can also stimulate appetite.

“Due to ongoing research, some countries are beginning to shift grounds and giving consideration to cannabis legalisation.  This is as a result of its many herbal properties, he noted.

Dismissing the fears of the possibility of being misused, Adegoke maintained that there is no consumable product that cannot be misused if not properly controlled.

He added that misinformation, misunderstanding and lack of sincerity of purpose have hindered its exploitation in many countries.

He therefore advised  government to ensure adequate public enlightenment and sensitisation about cannabis and general use of drugs to avoid misuse, abuse or addiction.

Ondo State Chairman of Pharmaceutical Society of Nigeria, PSN, Dr. Pharm. Abiodun Aiyeku on his part said cannabis is a plant that must be well explored for its good potentials.

He however advised that government be guided in exploring the beneficial aspect of cannabis by involving professionals to handle it.

He added that distribution chain of Pharmaceutical products be strengthened while necessary laws be passed and enforced to ensure that restricted drugs are not accessed .

Senior Special Assistant to Ondo State Governor on Agric and Agro business, Pastor Akin Olotu enthused that cannabis could treat: HIV, Prostrate cancer, diabetes, epilepsy among others adding that a litre of Cannabis STD or CBD oil goes for between $10 – $15 at the international market saying Cannabis oil is the most expensive in the world market

“Cannabis is one of the few herbs that its potentials are incomparable. Cannabis, we were reliably told could be used to treat about 71 serious ailments.

He said some of the most recommended drugs in the pharmaceutical stores are produced using100 percent cannabis.

Apart from drugs, he said the ingredients of hair creams used by women contain cannabis, adding that its oil could be used in anointing clerics.

He said Ondo State Government is talking about the medicinal value of cannabis and not preaching that people smoke it.  He said its cultivation will be in restricted and controlled areas not cultivating it in the government forest reserved, saying Nigeria was part of the 1961 Geneva convention on narcotics

“What we are preaching is restricted cultivation.  We are not happy with the way our forests are being plundered and we are convinced that with restricted approach, it will bring sanity to the sector,” he said.