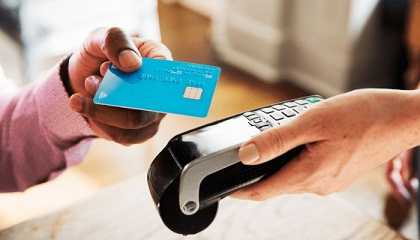 The redemption of Nigeria from massive corruption can be made possible with the effective implementation of cashless policy in the public sector of the nation’s economy, The Hope has learnt.

The Hope gathered that the Central Bank of Nigeria, CBN’s, cashless policy and the recent directive of the Nigeria Financial Intelligent Unit, NFIU, on the prohibition of cash withdrawal from government accounts could go a long way to tame corruption.

However, some economists opined that other practices that also fuel corruption still in place should as well be addressed.

These lapses, according to them include the structure of the nation’s economy which encourage corruption, transactions outside the banking system which make financial transactions difficult to trace as well as the lack of political will by the government to implement to the letter policies made.

Those who spoke with The Hope include: Dr Abiodun Adegboye (Associate Professor), Dr. Adebayo Adedokun, Dr. Akintoye Adejumo and Dr. James Dada all from the Department of Economics, Obafemi Awolowo University, Ile-Ife.

Dr Abiodun Adegboye said the number of financial activities outside banking sector in Nigeria is high.

According to him, the amount that passes through the banking sector is infinitesimal compared to the transactions that flow outside the banking system.

“Therefore, cashless policy will not answer all the issues raised by the CBN. This implies that corruption can still increase and those perpetrating fraud will still do this without any hindrance.

” I will recommend that while they are trying to put policy in place as a response to a symptom, the structural deficiency should also be addressed alongside,” he state

Dr. Akintoye Adejumo opined that “the Nigeria economy is not fully matured for the cashless policy because of people that are in the rural areas that do not have the required technology to facilitate cashless policy.

“Though if encouraged, it will go a long way in reducing fraud and help position the economy better but it should be a gradual process.”

Dr. James Dada described the cashless policy as a welcome development, noting that it will go a long a way in reducing fraudulent transactions and help the economy but expressed worry that the timing for the implementation of such policy is wrong.

“Most businesses do not even accept transfer, most of them do not even have bank accounts and if the government is saying you should not withdraw beyond this amount per day, this mean that it is encouraging cashless policy.

“This cash limit will not work in the sense that you will still see people going to bank everyday to collect money and keep it and the money will not return to the bank, hence, we are back to square one because the reason for this policy, according to CBN, is that people will not be in possession of too much cash.

“As good as this policy would have been, Nigeria as a nation is not ready for this kind of development and cannot in anyway help in fraud reduction. My suggestion is that the Central Bank should first enlighten the people before enforcing this kind of policy.”