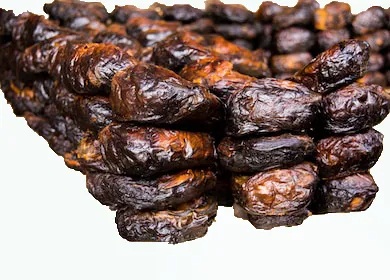 Catfish farmers and exporters nationwide have decried the level to which the ban on Nigeria’s processed catfish by the United States (U.S) government, has affected them.
President of the Catfish and Allied Fish Farmers Association of Nigeria (CAFFAN), Oloye Rotimi, said the impact of the ban on the industry was enormous.
The United States Food and Drug Administration (U.S-FDA) had issued a ban on the importation of smoked fish from Nigeria.
In August this year, the CAFFAN President disclosed that the industry had lost N20 billion to the importation ban, as key players had been forced to abandon the industry
Speaking now on the impact of the ban, Rotimi said earnings of the fish farmers and processors have been cut short, bringing untold hardship upon them.
This, he explained, was because the U.S was one of their biggest markets for catfish.
Wading in, the President of the African Women Fish Processors and Traders Network, Oluwafunmilola Shelika, lamented that a large number of the farmers and processors took loans to export their products which ended up being rejected.
Like her CAFFAN counterpart, Shelika called for the support of the government in lifting the ban.
Elucidating the issues surrounding the ban and its resultant effects, she said there was a loophole in communication between both countries regarding the issue.
“Firstly, there has been a communication gap between the US government and the Nigerian government, whereby they raised some issues concerning the way our processing was done before the fish is exported to the U.S.
“And one of the issues was residue which affects the quality of the fish because a whole lot of settlement either from the hanging or where the fish was being bred could affect them.
“We also had traceability issue, that is, from which farm we bought fish, the process that was taken before the fish came out… So, all of those were issues that were raised.
“They also said that tests should be carried out on the fish. Unfortunately,