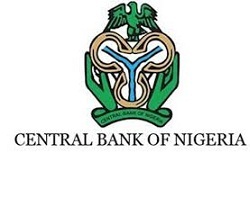 By  fatimoh Muraina
|
The Ondo State Chairman of Nigeria Association of Small Scale Industrialists, (NASSI), Mr GreatSeyi Akintunde, has assured that Small and Medium Scale Enterprises (SMEs) have  declared that the N50billion NISA loan disbursed by the Central Bank of Nigeria (CBN) to Small and Medium Enterprises, SMEs would be judiciously used to boost local production.

He made this known in an interview with The Hope, adding that the loan would also salvage  moribound industries.

The NASSI boss affirmed that Ondo state will benefit inmensely from the  loan which was recently approved by the Apex bank.

His words: ” This  is to cushion the effect of the border closure  which we appreciated and we expect that the Federal Government will continue with this gesture through the CBN via NISA Micro Credit Bank”.

According to him, the state will benefit largely due to  the quality of application which  he attributed to the quality of sensitization programmes on Agricultural Businesses, Small Scale and Medium Enterprises Investment Scheme (AgSMEs).

He said beneficiaries of the loan were those that have applied which he said cut across the 18 local government areas of the state.

Akintunde disclosed that the state will benefit largely because of the quality of application which brought about the quality of sensitization programmes on Agricultural Businesses Small Scale and Medium Enter prises Investment Scheme (AgSMEs).

“We may not have 100percent application and 100percent disbursement because there is no gain saying that some people may not use the money for the purpose meant for and be thinking that it is a national cake”, he said.

He urged the Federal government to look into other financial opportunities of the subsector of the economy of Nigeria, saying that NASSI is ready to enhance Nigeria’s economy and make it the biggest industrial hub in Africa.

He appreciated the state government for given them the landing platform and a leverage that enhances  small scale industries.