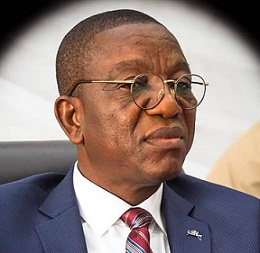 To achieve the desired goals of government   and actualise its efforts to deliver developmental projects is dependent on the quality and support of the public service in the country.

The Ondo State Head of Service, Mr Dare Aragbaiye expressed this view at the annual summit of Heads of Service of states in the Southwestern region of the country held in Ado Ekiti, Ekiti State.

Aragbaiye noted that the summit was a forum to enhance collaboration among the public service in the South West with a view to achieving regional integration and development.

He said it is also a means to deliberate on issues of common concern among the states in the region, share experiences and replicate ideas that would be effective to the development of the public service for good governance in the region.

He added that the summit had enabled member states compare notes and do pear review of the activities in public service, saying that all these have helped in terms of capacity building, discipline and career management among others.

Declaring the three-day summit open, the Governor of the state, Dr Kayode Fayemi noted that a vibrant civil service is key to the success of any administration in its guess to deliver its policies and programmes to the people.

He urged participants  to workout visible modalities that would strengthen public service and promote proficiency, diligence, efficiency and effectiveness across the levels of the public service in the region.

In his remarks, the immediate past Head of Service in Ondo State, Mr Toyin Akinkuotu, who has been part of the summit since its inauguration, said the summit is a forum to discuss issues that would make the public service in the region to remain in the fore front among other regions in the country.

Earlier in his welcome address, the Head of Service of the Ekiti State, Mr Ayodeji Ajayi described the summit as a strategic meeting that provides platform for drivers of the public service to engage and collaboratively discuss developmental issues within the region leading to the creation of Development Agenda for Western Nigeria known as ‘DAWN’ Commission.

Member States of the summit are Ondo, Ogun, Oyo, Osun, Lagos and Ekiti.