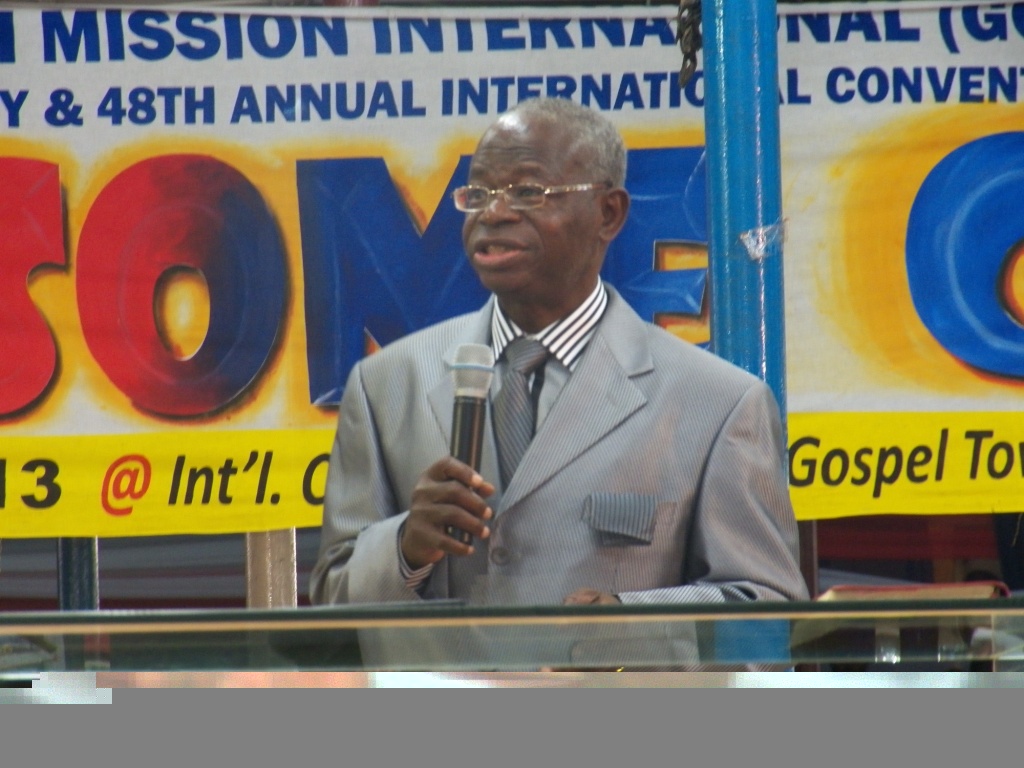 By Olusola Alatise
|
Electoral violence and inconclusiveness of some polls in this year’s general elections in the country have been identified as products of political desperation by the ruling class that can only be stamped out by God.

The General Overseer of the Gospel Faith Mission International, (GOFAMINT), Pastor (Dr) Oludele-Elijah Abina stated this in Akure, the Ondo State capital during the dedication of Owode Assembly Cathedral of the Church.

There have been reported cases of election violence, militarisation of polling units leading to inconclusive elections in most parts of the country while supplementary governorship elections in Kano, Benue and other states were allegedly hijacked by political thugs while INEC officials were abducted.

Apparently reacting to the sad development in the country, Pastor Abina said politicians and indeed most Nigerians had failed to realise that only God could make a leader, hence the need for them to shun desperation in their quest for political offices during elections.

On the anti-corruption war of the present administration, the clergyman commended President Muhammadu Buhari for trying to meet expectations of Nigerians but said nobody could satisfy human needs.

Abina who was flanked by the GOFAMINT General Secretary, Pastor Olufemi Omowumi, District Pastor Adegbola Adelabu, Pastor Emmanuel Oluwanimitele , noted that corruption was the major factor responsible for Nigeria’s problems, calling on the government to sustain the fight against corruption for a virile nation.

Abina said, “Desperation in politics is because people don’t know God, what is happening today in Nigeria is not good. The only solution is to come to God. In Nigeria, we are too religious, but not Godly”.

“Only God can give leaders, no need for desperation. Corruption is the brain behind Nigeria’s problems. Corruption is everywhere. Anti-corruption war is better than before, the government is trying but it is not easy to please Nigerians. Even God who created us cannot satisfy all of us”, Pastor Abina opined.

The GOFAMINT General Overseer however called for holistic solutions to the high rate of vote buying and commercialisation of electoral system in the interest of the nation’s democracy.