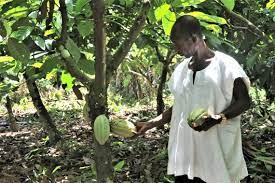 Ondo state government has advised cocoa farmers to develop proper management of their farms in addressing the incessant rainfalls which they said have began to affect their farm produce.

The Ondo State Project Manager of the Agro Climatology department of the Ministry of Agriculture and Forestry, Mr Rufus Akeju gave the advice in a chat with The Hope in Akure.

Akeju said the excessive rainfall this year is not as if it is too much but that farmers should develop proper management strategy to curb the excess for food production.

Explaining, he said crop farmers, especially cocoa farmers should begin to spray their cocoa at least on every two weeks against fungi infections.

He called on those handling arable crops to avoid flooding, while those who are yet to plant should suspend any planting now to avoid damage and rot of their crops.

Akeju emphasized the need to harvest the excess of rain now for further use during the dry season.

“Not that it is too much, but to manage it. They will experience a lot of rot, so they need to manage it to avoid fungi and other destructive elements on the farm produce,” he said.

Meanwhile, farmers have expressed the need to establish and develop a greenhouse to facilitate food production and sustainability.

The state President of All Farmers Association as well as the Farmers Congress, Mr Abayomi Monilari declared this while speaking in an interview with The Hope.

Monilari said the Green House controls the amount of rainfall on agricultural produce.

He said the incessant rainfall has began to have negative impact on the farm produce , as those fruiting in readiness to produce seeds like tomatoes are being swept away while planted ones got rotten in the soil due to excess rainfall.

“The rain cannot be controlled and there is nothing farmers can do except they use greenhouse,” he said.

Monilari said construction of a greenhouse farm is so expensive that an average farmer cannot except government come to their aids.

He said some crops were benefitting from the pattern while others were affected negatively.

“Beans at the point of harvest is adversely affected, same with maize that are left for drying, fruiting tomatoes and a number of crops that require more of sunshine and warmth to do well,” he stated.