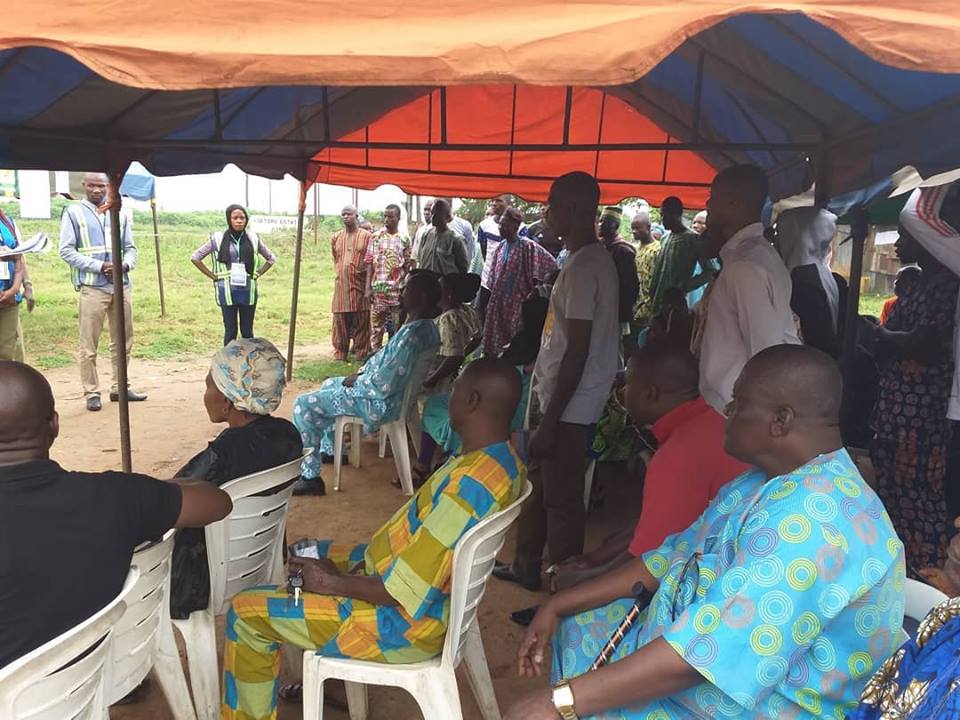 Fisayo Akinduro, Osogbo
\
Nigerians have been urged to see themselves as one after the general elections.

The Presidential Election collation officer in the state, Prof. Toyin Ogundipe disclosed this in Osogbo on Sunday.

Ogundipe  also appealed to party agents at the centre to be peaceful and orderly.

Ogundipe said the election was another milestone in the history of the country, adding that at the end of the exercise, Nigerians should see themselves as one.

In his own address, the Osun Resident Electoral Commissioner, Mr Olusegun Agbaje banned the use of mobile phones at election collation centre.

Agbaje said people at the high table would not also be allowed to call or pick calls throughout the collation period.

He however, said that anyone who wished to receive or pick calls must step outside the hall.

The members of the high table include; the collation officer, heads of security agency and some senior INEC officials.

The collation of the results commenced at about 9:45am at the INEC headquarters in Osogbo.

Meanwhile, officials of the Economic and Financial Crime Commission (EFCC) were stationed at strategic locations at the centre.

Men of the Department of State Security Service (DSS), Police, and Nigeria Civil Defense Corps were also on ground to ensure security at the collation centre.