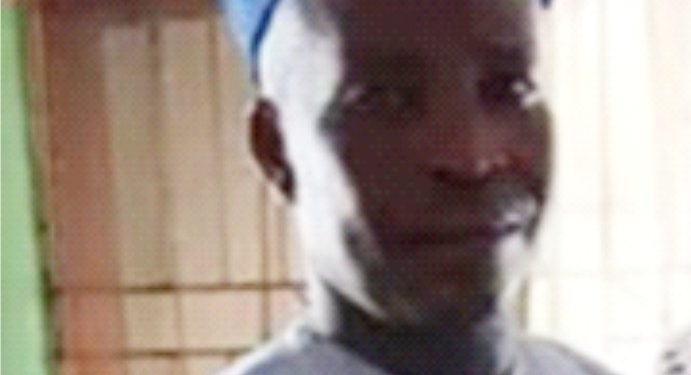 A 60-year-old driver, Fatai Elusanmi has been reportedly beaten to death by his colleagues in Ifetedo, Osun State.

The Hope gathered that the deceased,  was  killed by some members of the drivers’ union at the motor park where he also worked as a ticket agent.

Meanwhile, details of the incident remained sketchy at the time of filing this report. But his wife and one of his friends  pointed accusing fingers at his close relation and some of his colleagues.

Speaking with The Hope Metro, wife of the deceased, Mrs Amoke Elusanmi said, “ before the death of my husband, he told me on Friday that one of his brothers called Lawrence came to beat him where he was buying cloth.

“He said Lawrence told him that Akebaje and Moji sent him and that they had also paid him to kill him.

“I advised him to report the case at the police station, not knowing that he did not, until the fateful day when they called him in the morning to come to work, because of the ticket they are going to use was with him.

“I don’t know the person that called him. I asked hm where he was going  and he said he was going to work and that he would be back soon.

“Around 6:30 am, the following day, I was still on the bed praying, when  I heard my husband’s friend’s voice calling me.  So, I did not answer immediately. He then called my first born’s name ‘Kama.’ I later heard my son’s voice when he was crying outside the compound, calling his father.

She said to her greatest surprise, they brought out her  husband’s lifeless body from a car.

“As I moved close to the car to see him, I saw that his hands and legs had  been broken. His head was pressed and his back had cutlass marks, but no blood on him and his body was hot.

“Before my husband’s death, they called him at the National level to take over the motor park at Ifetedo, as the chairman, but he refused because he had no money and he was  getting old.

“So, he promised to give them another person that is qualified to head the garage. But the past chairman and some people at the garage raised eyebrow that he wanted to take over the garage from them. Hence they threatened to kill him and he was killed on Monday,”she narrated.

Also speaking, one Rafiu Adebisi a.k.a ” Gbanku” who was a friend of the deceased explained, “On Monday, I was going to the garage around 6 am and I saw Fatai on the floor towards where they were selling drinks before garage. I quickly moved close to ask him what happened? But I met him dead and took his corpse to his family.

“Prior to that day, there was a fight between Fatai  and Lawrence, one of his family members  Fatai was like a brother to him. But Lawrence said he would kill Fatai, because they have paid him to take his life. I pleaded with him that Fatai is his brother, but he said I should not interfere.

The Police at Ifetedo, also confirmed the incident and said that one Akebaje came to the police station and reported that unknown men came to his house and threatened to kill him.

He said the police later rushed to the house of the deceased, where they retrieved the corpse from the house and deposited the body at an undisclosed morgue in the town.

Police report said one of those at the motor park saw the suspects when they were beating the deceased.

When The Hope Metro visited the area, residents wore sad looks, while some were seen crying and rolling on the floor.