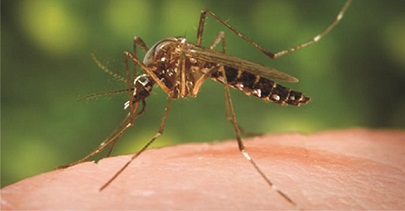 By Dr Faozat Aragbaye
|
Yellow fever is a serious potentially deadly viral disease transmitted by infected mosquitoes. The infection is most common in West, Central and some parts of East Africa and South America with dense forests or jungles.

When yellow fever spreads in the jungle, it largely spreads without humans. Instead, it spreads from non-human primates (like monkey) to non-human primates by mosquitoes. People who visit the jungle (say for hunting, mining or tourism) can be infected if bitten by a mosquito.

In the intermediate cycle, yellow fever spreads regularly between monkeys and humans through mosquitoes in areas on the edge of jungle areas. It can spread from monkey to human, monkey to monkey, human to human or human to monkey.

In the urban cycle, yellow fever spreads primarily between people through mosquitoes living in urban areas. It usually starts when an infected person with the virus returns from jungle area. It can lead to sudden and large outbreaks in crowded areas.

For most people, yellow fever causes a mild illness or goes unnoticed. For people who do experience symptoms of yellow fever, there are three stages of illness;

Remission- occurs two to three days later. The fever, if present, drops and symptoms improve. This may last 24 to 48 hours. Most people recover at this point. About 15% of infected with the virus develop severe disease.

*             Antibody test: This is the most well established test for yellow fever. It takes up to two weeks to get results.

*             Viral PCR test: This test detects the genetic material of the virus. The viral RNA is detectable early after infection, but not detectable after several days of infection. PCR test may be negative if there is yellow fever infection.

*             Urine test: A relatively new test can detect the viral PCR in the urine, making the diagnosis more practical.

Treatment of yellow fever should be supervised and take place in the hospital, not at home. This may include:

Because there is no cure for yellow fever, prevention is critical. Preventive measures include:

*             Vaccination- yellow fever vaccine is advised for adults and children over age of 9months travelling to high risk areas. Vaccination should not be given to everyone because of the serious adverse effects.

The following group of people must consult the doctor before vaccination;

*             Have had a life threatening allergic reaction to eggs, chicken,, gelatine, or past yellow fever vaccine.

Vaccination is the most important measure, but there are other valuable recommendations:

*             Use mosquito repellent containing permethrin on the outside of clothing, mosquito netting and other gear

*             Use screens on windows, and doors and mosquito netting over beds, to keep mosquitoes away.