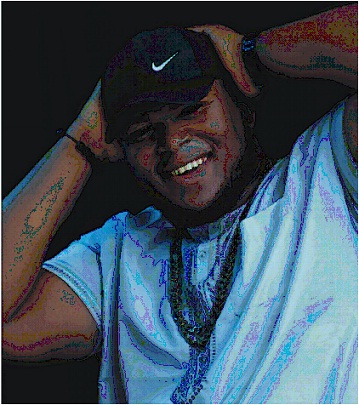 An upcoming Afro pop singer Olusola Miracle popularly known as big Millz has said that combining academic and entertainment is challenging but setting one’s priority is key.
The artiste who disclosed this while speaking with Friday Extravaganza, said he had been facing challenges combining the two but his determination kept him going
The young artiste who has five official singles( takeover,smile,konibaje baby,tomorrow and mewa) and also have an EP coming up soon said he will love to work with some popular Nigerian artistes, the likes of mayorkun, joeboy, burnaboy and Adekunle gold.
The Ondo state indigene and also final year student of property management at Federal University of Technology, Akure (FUTA) started singing in 2014 for fun but he officially started singing in 2018.
The upcoming artiste mentioned in the interview that money is another major challenge faced by upcoming artiste such as himself he said “ money is essential for an artiste who wants his music out there”
The young undergraduate said what motivated him into singing is him being a shy human and the only way he feels comfortable communicating is through music.
The final year student motivated upcoming artiste like himself that hustle will surely pay saying no condition is permanent.
When the young artiste was asked where he sees himself in five years in the entertainment industry he said “I see myself where God says I’m going to be God no be man”