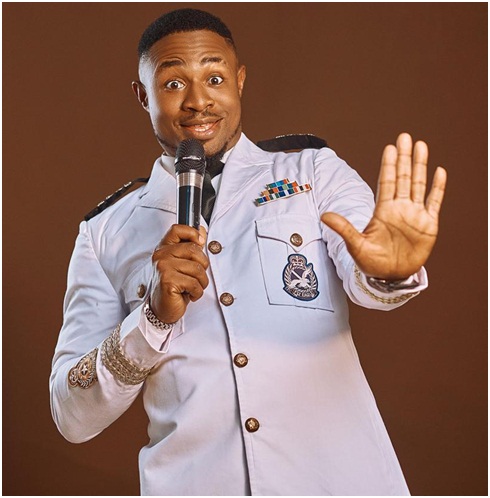 An Akure born comedian, Oluwatosin Jayeoba popularly known as MC Tosjah, has described comedy as an avenue for people to ease their tension by laughing away their sorrow.

It is also a genre of fiction that consists of discourses or works intended to be humorous or amusing by inducing laughter, especially in theatre, film, stand-up comedy, television, radio, books, or any other entertainment medium.

The fair-complexioned entertainer made this known in a chat with Friday Extravaganza  in Akure.

Elaborating on the wonders of comedy, he opined that it’s an antidote to depression, saying it has saved many who would have ended their lives over hard times.

“Considering Nigeria’s current economic situation, I think there is need for a platform where people would converge to ease off their tensions by listening to rib-cracking jokes and other forms of entertainment from notable artistes.

” Like the popular saying goes” All works without play makes Jack a dull boy”, and that “Laughter is medicine”, I believe everyone needs a kind of hilarious laughter to unwind especially at weekends and of course, it enhances medical fitness”,he said.

Speaking further, he added that comedy amuses the audiences while it also addresses social and personal matters like corruption and the correction of societal ills through comedy skit.

“For example, comedy uses techniques such as satire and parody to correct common human flaws.

“I thank God for His grace, entertainment is getting better. I wish the government will always see reasons they should invest in the industry which would boost the state Internally Generated Revenue,” he said.