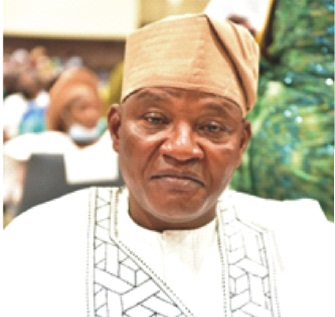 All hands are on deck to ensure that Ondo State has an improved environment in 2023.

Ondo State Commissioner for Environment, Mr Sunday Akinwalire stated this while  speaking with The Hope  in Akure.

According to him, the Ministry is prepared to partner with all related Ministries to ensure that the environment is free from ecological and environmental related problems including flooding.

While thanking God for enabling the state to scale through the NIMET prediction of year 2022, he expressed appreciation to the state Governor Arakunrin Oluwarotimi Akeredolu for the structures he put in place to counter the flooding issue.

He hinted that government is prepared to tackle ecological issues, noting that “we will visit Akoko area to do escalation work and also in Ilaje Local Government, dredging work is on going” to prevent the effects of flooding from neighbouring states who were affected by flooding.

Akinwalire who commended the various waste collectors in the state for their support for the state, called for more partnership with the state.

He said that measures are being put in place to ensure cleaner environment especially in the area of waste collection.

He called on residents to embrace proper waste disposal for effective collection,  adding that they should avoid dumping of waste on the median which according to him is an ungodly act.

In the area of pollution, he said that government is holding the bull by its horn to ensure proper use of the environment.

While saluting workers’ professionalism in 2022, he  called for more commitment from them adding that they should endeavour to be timely in their duty posts.