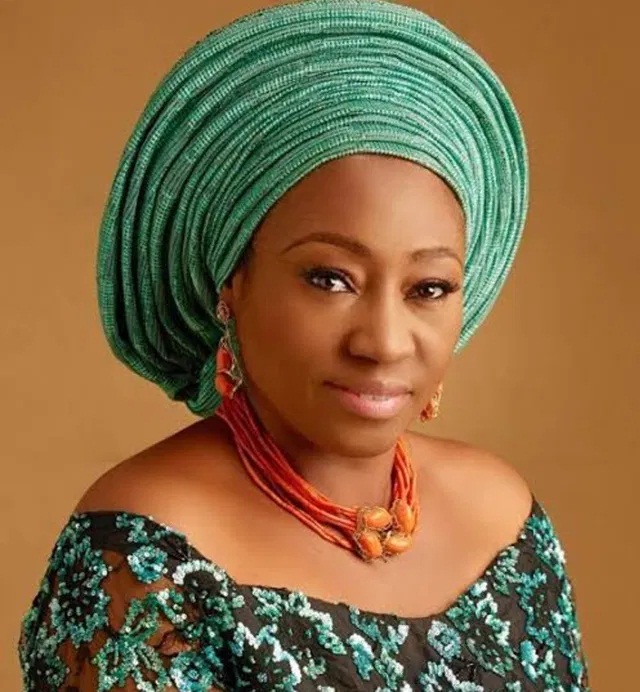 The wife of Ekiti state Governor, Erelu Bisi Fayemi has advocated for the strengthening of community engagement to end Gender Based Violence in the country.
Erelu Fayemi spoke as a Guest lecturer at the 10th anniversary of the Network of Reproductive Health Journalists of Nigeria (NRHJN) held in a virtual meeting.
Mrs Fayemi who presented a sub theme “COVID-19, a Pandemic’s Assault on gender Based Violence and Reproductive Health Services” was at the meeting, represented by the coordinator, Ekiti Sexual Assault referral centered, Mrs. Rita Ilevbare.
She said there must be community ownership, involving the gate-keepers, religious leaders, traditional leaders and legislative leaders to meet the challenge of Gender Based Violence.
She observed the need for sensitisation which must be a continuous one as well as data collection.
The country, she noted needs to ensure that there is a functional data base established and domiciled in states for people to report issues in Reproductive Rights.
She also urged that the youths should be engaged and carried along because they are both perpetrators and also at the receiving end whose strength she noted, cannot be overemphasized.
She charged the civil Organisations and the NGOs to intensify more efforts on education and reorientation, affirming that the political will is now stronger than what it used to be as emergency declaration on Sexual Violence in Reproductive Health in Nigeria and Violence Against Persons Prohibition Act (VAPP) have been out in place.
While commending, Chairman of Board of Trustee of the group Dr. Ejike Orji congratulated the group, saying that it had met the expectation of why it was established.
In her opening remark, Barr Hauwa Shekarau charged the group to remain focused on the course of its establishment because the country needs active participants like the association to educate people more on their reproductive right issues.
The event witnessed several awards of certificates to three outstanding Journalists , Sekina Lawal, Apolonia Adeyemi and Ijeoma Okazu as well as a post Hummus award for Mary Jalingo, the pioneer state Coordinator of Niger state in recognitions of her contribution to the development of the the Network among others.