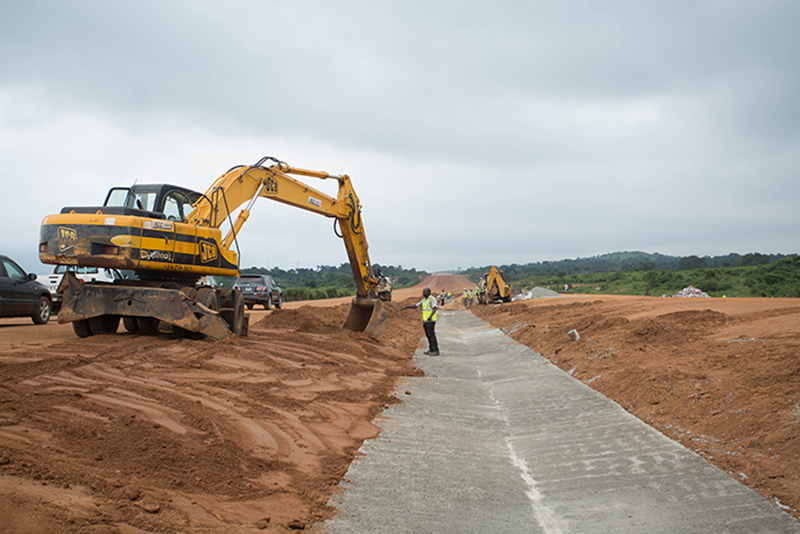 From Jimoh Ahmed, Owo
|
Worried by the continued deplorable condition of their road, the people of Arotiba street, off Oke-ogun street in Owo, headquarters of Owo Local Government area of Ondo State have appealed to the state government to fix it in line with the present administration’s policy of making life better for the people.

Leaders of the community made this appeal while speaking with The Hope in Owo.

Speaking with our correspondent, the Chairman of the community’s Landlord Association, Pastor Ojo Francis described the road as terribly bad.

Pastor Ojo stated that the people living in the area are completely cut off from Owo as a town.

“This road is terribly bad, people on one side cannot go to  the people on the  other side. We have been cut off from our neighbours, this is too bad”.

He disclosed that the road has been in that condition for long, pointing out that the last time the authority of Owo local government made any effort to fix it was in 1991 but unfortunately nothing was done.

A resident, Mr Sunday Onishile who decried the deplorable condition of the road said the situation has brought the socio-economic life of the people into jeopardy.

Mr Sunday claimed this has led to a situation where nothing works in the area as most of them who have vehicles have either abandoned or park them to always trek the entire 1.5 kilometer road to find ways to survive the hard condition the problem has brought them.

Meanwhile, Pastor Ojo has appealed to the state government to come to their rescue by fixing the road as the rainy season is going to an end.