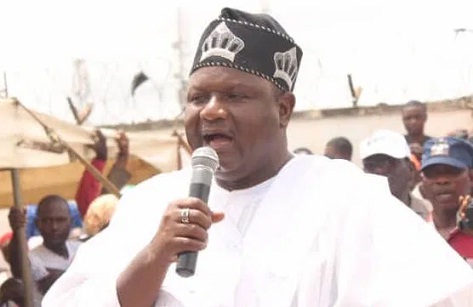 Local Government Chairmen and Councillors in Osun State have been enjoined to continue to complement state government’s efforts in order to make live more abundant for the people in their respective constituency.
The state chairman of the All Progressives Congress, APC, Prince Gboyega Famodun, who made this remark in a statement issued by his Media Consultant, Kola Olabisi, in Osogbo.
Famodun stated that it became imperative to note the bizzare observation as some council chairmen have abandoned the machinery of government in their constituencies visibly pursuing their re-election bid at the state capital in Osogbo.
He disclosed that quite a sizeable number of the local government chairmen and councillors have abandoned their duty posts loitering in the houses and offices of influential leaders of our party whom they think could be of help for their re-election project.
The state chairman hinted that governance which can be likened to a chain business between the local and state government will suffer if a part refuses to carry out its own bid conscientiously.
He stated that one of the ways the council chairmen and councillors can continue to complement the efforts of the government to develop the state is by being readily available to provide their own statutory duties in the running of the government.
Famodun recalled that one of the places for a politician to showcase an ability to serve the people selflessly is the local government level.
“You will recall that I once advised you at the onset of your administration that you had the latitude and wherewithal to display your political dexterity at the local government level by diligently serving your people.
“If you are good and a team player, there’s no need for you to be running from pillar to post for your re-election bid.
“What should constantly pre-occupy your minds is how to complement the efforts of Governor Gboyega Oyetola-led administration in his efforts to provide qualitative government for the people of our state.
“The people are watching you both in and out of government. It’s important for you to be above board in your conduct as, to a large extent, you are part of the mirror through which our government’s performance will be rated by the electorate.
“My candid advice to you, the council chairmen and councillors alike, is to stop roaming the streets of the state capital in search of re-election.
“The highest percentage of the cases I treat on daily basis from the nooks and crannies of the state is on re-election of chairmen and councillors.
“Have it at the back of your minds that it’s your performance in office coupled with loyalty to the party that will form what may catapult you to the next political level”, Famodun stated.