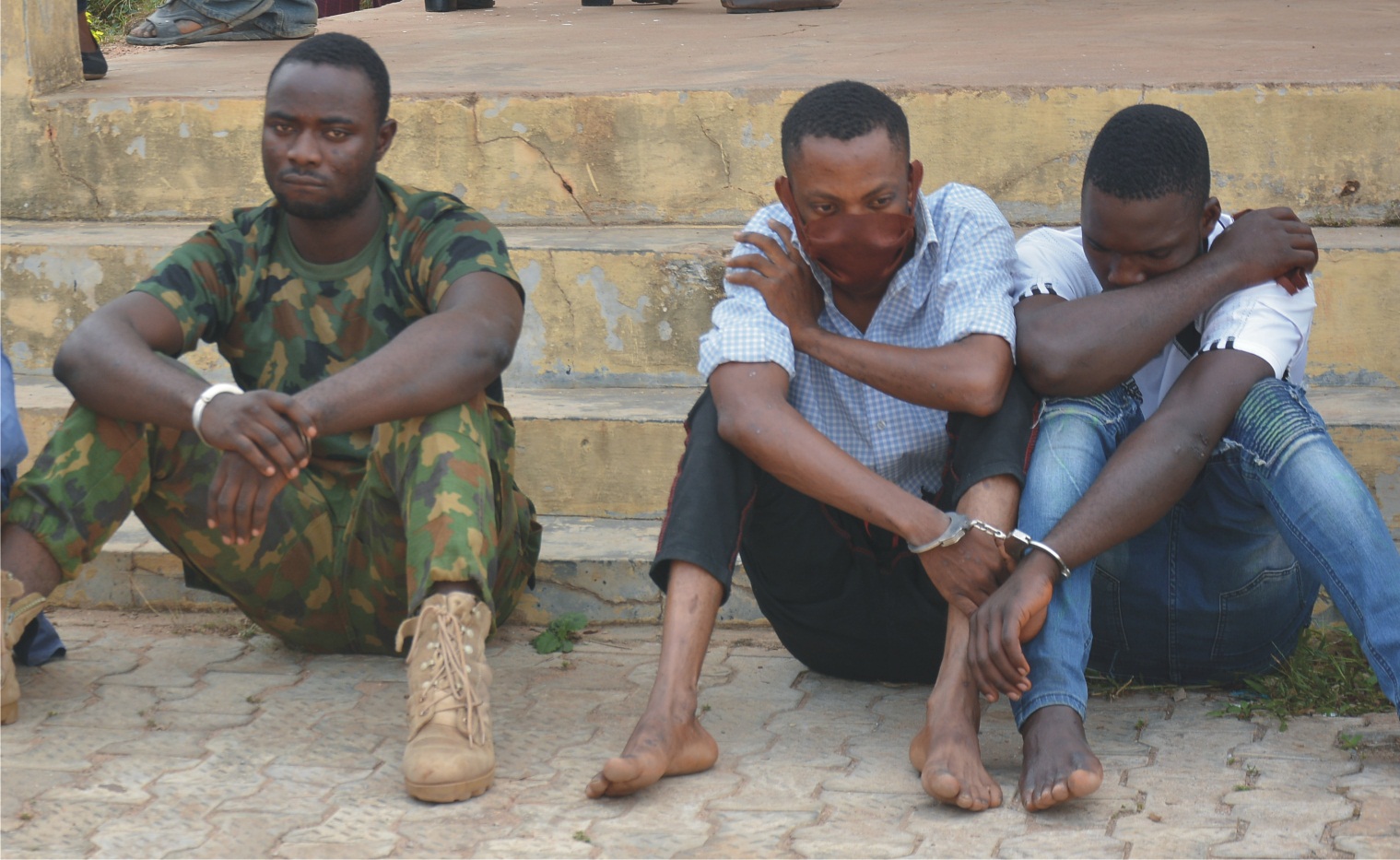 A newly recruited Police Constable, Friday David , 27, attached to Odofin Police Station in Idanre, Idanre local government area of Ondo State, has been arrested for armed robbery.
Arrested alongside David is a 24-year-old soldier, CPL Victor Innocent, presently serving with 32 Artillery Brigade, Owena Cantonment, Akure.
The two suspects; David and Innocent, were among the 10 suspects paraded by the Ondo State Police Commissioner, CP Bolaji Salami, at the Command’s headquarters, along Igbatoro road, in Akure yesterday.
According to the police boss, the duo were arrested by police detectives while armed with a Jack knife and other dangerous weapons.
He said the suspects had attacked two persons and robbed them of their property, including cash.
Friday, who was employed into the Nigerian Police in 2019, was also alleged of stealing an exhibit motorcycle at his duty post.
Other suspects paraded include; a 24-year- old fake soldier, Desmond Ikechukwu, who was nabbed by detectives from Scorpion Squad on vehicular patrol along Araromi Area, Akure.
Ikechukwu, was said to be in complete Army uniform which he had been using to intimidate members of the public and impersonating as a military officer.
Upon interrogation, it was discovered that the suspect is not a serving member of the Nigerian Army, which he admitted.
Other crime suspects paraded were; Wasiu Lateef, 34, who molested a minor; a kidnap suspect, Bello Ali and also two ritualists; Ibrahim Lasisi, 78; Okadiran Adegoke, 75, who were cemetery guards, apprehended in Ondo town, while digging graves.
CP Salami, therefore, said all the suspects would soon be charged to court as soon as police conclude investigation.