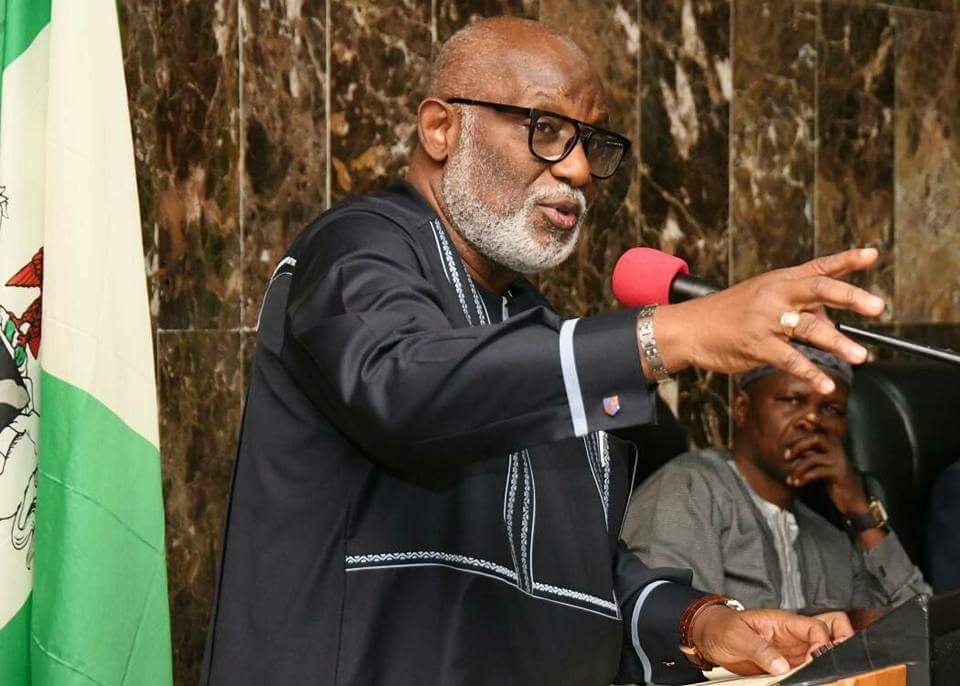 Ondo State Governor, Arakunrin Oluwarotimi Akeredolu  has said that his administration has put in place the logistics and essentials needed for the take off of the state Contributory Health Scheme.

He disclosed this while declaring open the 30th National Annual Scientific Conference of Professional Association of Public Health Nurses of Nigeria with the theme “Universal Health Coverage: A Healthier Future For All”.

The governor who was represented by the Head of Service,  Toyin Akinkuotu stressed that the scheme would enable residents access qualitative health at no cost.

He said; “Government has concluded arrangement to commission the Contributory Health Scheme, this is what Universal Health Coverage is all about.”

He explained that it is part of government goal to ensure that there is coverage for health.

Describing the theme as apt and appropriate, he commended nurses who are outstanding in the area of research and called for more nurses in the area.

While calling for more support from the people of the state, he however reiterated government resolve to take health care delivery to all parts of the state.

Commissioner for Health, Dr. Wahab Adegbenro while congratulating the association on the occasion, described public health as a major aspect of medicine saying “a lot if professionalism and profession is going on in the medical profession.”

In her goodwill message, Director, Nursing Services, Ministry of Health, Mrs Alice Ogundele commended the state government for improving the nursing profession in the state through the integration of the Ondo State School of Nursing into the University of Medical Science, Ondo.

He urged nurses to guide the profession with jealousy by representing it well at all times.

However, she said; “you must play your part in achieving UHC. We must be fair and compassionate as we care for the people.”

Delivering a paper on the theme, Director, Nursing Services, Ondo State Hospitals Management Board, Mrs. Yetunde Olawale described Universal Health Coverage (UHC) as a vehicle to drive health care and financial protection to all citizens of a particular country.

According to her UHC improves health, reduces poverty, creates jobs, drives economic growth and protects population against epidemics adding that it enables all get health care delivery with little or no cost saying. “It is aimed at alleviate the financial costs associate with healthcare while making individual access to these services earlier.”

Adewale who noted that UHC has gained tremendous global momentum in the last few years said that it was built around the concepts of availability, accessibility, acceptability and affordability.

While commending the state government for the establishment of the Contributory Health Scheme in the state, she hinted that the Nigerian National Council on Health had earlier given approval to states to put in place their own Health Insurance Scheme through legislation.

This, according to her is an attempt to speed up the attainment of Universal Health Coverage in the country.

While calling on countries to develop their own path of achieving UHC, she said; “the biggest hindrance to achieving UHC has to do with lack if commitment and failure to take responsibility and ownership for health care service delivery by government.

” A well run, functioning primary care system must be accessible, affordable and have the trust of the population.

“Government should prioritise the provision of affordable healthcare to all Nigerians and for this to be effective, there is need to reinvigorate the nation’s Primary Health Care System.

“Progress in health workforce strengthening is a pre-requisite in moving towards universal coverage, therefore, government must invest substantially in the workforce to make UHC attainable. “