Home In Our Neigbourhood Coping with a fetish neighbor 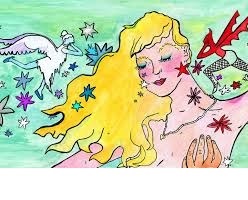 Coping with a fetish neighbor

By Sunmola Olowookere
|
Residents in our neighbourhood are learning how to stay indoors during dark hours due to strange objects that one could encounter at different spots in the vicinity.

Whoever stays out too late or goes out too early is likely to be confronted with “ebo” sacrifice.

The neighbourhood has been infested with some fetish people in recent times and one has to be extra careful in dealing with the neighbour next door.

Apart from that, one would do well to realise that these are perilous times when all good intentions might not be what they seem to be.

At these times, it is necessary to query every Greek gift so that one can be sure that it does not come with conditions that one might not be able to accommodate. If one is not careful, one might receive what might cost one his glory in life.

Going by the recent stay at home order by the government, every elite is now a philanthropist.

People that we know to be stingy in our society are now suddenly giving things out. However, residents would do well to take caution at this time and beware of the “greeks” knocking at their doors, bearing gifts and beaming with smiles with the press crew to cover their philanthropy.

Many fetish people are at this time presented with the perfect opportunity to do their “sara”, sacrifice in form of gifts.

The Africans are by nature fetish due to the fact that their forebears were traditionalists. Though some had lost faith in the practice and its efficacy through civilization and foreign religions yet most of us are still deeply rooted in them.

One of such people that have not forgotten their roots is Justin, a young Togolese who lives with his wife and two children in our neighbourhood. He is an expert at POP ceiling construction. Things were going well for him when he married his wife.

But currently he is going through a hard time as the tide turned against him.

Business was not booming. His clients were no longer seeking his services. After a while, his finances became affected. He was not able to take care of the family. His wife, a sweet plump girl of Igbo origin is a full time housewife. Although beautiful and very well brought up, she had nothing to contribute to the family upkeep.

When she gave birth to another baby, it became hard to feed. She prayed and prayed but nothing changed. Little did she know that her husband was the cause of their problems.

He did not tell her that he made juju in order to get jobs at any rate he asked for. He gave astronomical rates for his job and according to residents, whosoever got hoodwinked by his charm would have no choice but to pay whatever he asked for.

He enjoyed it for a while before the efficacy of the juju petered out. It was at this junction that things got really bad. After enduring the hardship for a while, the wife who felt she could no longer cope stylishly left him with plans to come back when things improved.

She had told him that she wanted to pay her parents a visit as they wanted to see her new baby who was a toddler by then.

Unsuspecting, the man agreed to it and she left with her two children in tow. After a week, he expected her to come home but she did not say anything of the sort.

When he asked her why she was staying too long at her people’s place, she told him that she did not want to come back just yet as things were still rough for him. She suggested that he should persevere with their absence until things improved as she could no longer cope with the hunger.

It was a terrible shock for the poor man as he never thought his wife could desert him upon all the love he showed her. That marked the beginning of their separation as he too stopped calling her expect for the times he wanted to speak with his eldest son who could speak.

He was very bitter and he vowed to make it again and hit it big this around. He boasted to his friends whenever they went for a drinking spree that he wanted nothing with a woman who deserted him again and that he preferred to go for another woman as soon as his wealth arrived.

How he would do it, he told no one, however his friends suspected that he would probably try a dubious means as usual.

Hence when his neighbour attacked him some days after and accused him of placing the bones and feathers of a chick on the T-junction as a sacrifice, no one could fight his cause. His friends and other residents knew not what to say in his defence. He had spoken a lot.

His neighbour, a garrulous woman who knows something about everyone in the neighbourhood claimed that she saw him preparing and eating the chick the previous evening.

She insisted that he must pack it from the side of her shop as she was beside the junction or else there would be hell to pay. She made so much scene that elders in the neighbourhood had to intervene. She was screaming at the top of her lungs for anyone passing.

When he was asked, he however confirmed that he was the one who threw it there much to the shock of other residents as they wondered why he chose the spot as the dumping ground.

He seemed reluctant at first but he knew he had no choice but to do as they directed in order to quench their suspicion. He got a broom and packed it away and peace reigned.