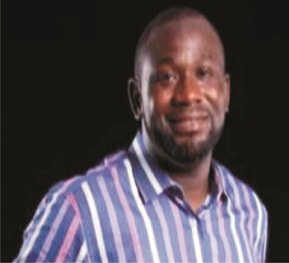 By Mary Agidi
|
The Ondo State House of Assembly Member representing Okitipupa Constituency II, Mr. Ololade-Gbegudu who was recently issued Certificate of Return by INEC which was withdrawn from Mr. Sina Akinwumi through a court order has described the judiciary as the last hope of the common man.

Both Akinwumi and Ololade are members of the All Progressives Congress, APC.

It would be recalled that an Akure high court which was presided over by Justice Bode Adegbehingbe sacked Akinwumi last month on the grounds that he did not win the primary of the party, and declared James Ololade-Gbegudu as the winner of the primary, held in October 2018.

Ololade-Gbegudu had approached the court through his counsel, to seek an order to compel the party and INEC to recognize him as the authentic APC candidate for the constituency, having won the party’s primary.

INEC, through the state’s Resident Electoral Commissioner, REC, Dr. Rufus Akeju therefore presented him the certificate at the commission’s office in Alagbaka, noting that a letter had been issued to Akinwumi to vacate the seat.

Speaking with The Hope on his victory, Ololade-Gbegudu lauded the judiciary, saying it has really proved to be the last hope of the common man.

He appreciated his constituents for their patience and support, and also the state governor, the party members, for their cooperation.