#EndSARS: One Year After

Could your ex be a better choice? 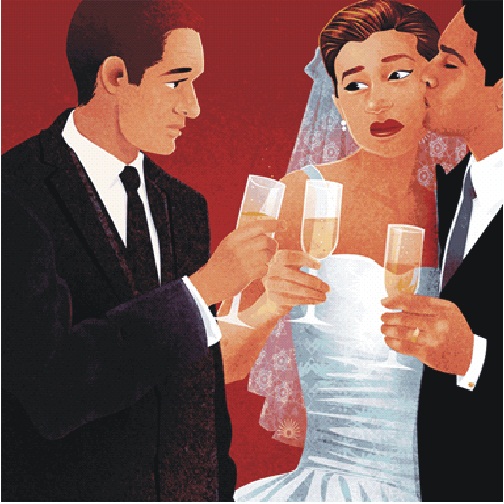 Most times when a marriage is in trouble, people tend to see their marriage as a mistake rather than seeing the mistakes they are making in their marriage. At this point ,they start regretting marrying their spouse, begin to think of a new partner, imagine marrying their ex or fantasizing about a marriage without issues.
Some even divorce or remarry and later wish they had remained with their first spouse, as they find greater trouble in the new spouse. This is because the first marriage was not a mistake, but what caused disagreements has not been discovered yet.
Therefore you can remarry as many times as possible but, may still experience problems in marriage until you discover the mistakes you are making in your marriage and correct them.
To this end, divorce or separation is not a solution when you are having problems with your marriage.
When your car has a flat tyre, you do not abandon it, but change the tyre and move on.
Likewise when we have an headache, no matter how excruciating It is, we do not cut off the head but take care of the headache.
When a bulb blows out in the room we do not change the room or the house, we replace the bulb and light up the room.
Also,when we have challenges at work, we do not refuse to go to work, we go there to solve the problems.
Therefore, when marriage has an issue, we do not have to try to change the spouse instead of changing the attitude that is creating the problem.
Most times when we see some couples enjoying their marriages and enjoying each other to the fullest, we admire and cherish them, but the opposite is seen in our own marriage. The reason is that some people have worked on their marriage by paying the necessary price and that is why they are enjoying the fruits of their labour. It is said, “The way you make your bed is the way you will lie on it”.
Your marriage is as good or as sweet as you make it. Some couples, because of the negative things they are experiencing in their marriage, accuse each other of being responsible. They point accusing fingers at each other for being responsible.
Some even say many negative things about their spouse, even calling him or her names; some think that marrying that man or that woman was a mistake. It is not so, your marriage was not a mistake, but you are the mistake.
Your habit is the mistake .Your character is the mistake.
Your manner, anger, unforgiveness, laziness, lack of love, lack of affection, lack of attention, impatience, bitterness, selfishness, ignorance, stinginess, not being considerate, infidelity and lovelessness, are the mistakes.
Talking about bitterness. Some still dream of a marriage with their ex, seeing your spouse as a stumbling block. Wake up to the smell of the coffee. Be contented with your spouse. That behaviour is your mistake.
Above all, you must rise to the challenges and build your marriage because it is not a mistake. Divorce or separation are never options except it is life threatening.

Why price of beans soars -Survey

Is competition necessary in marriage?