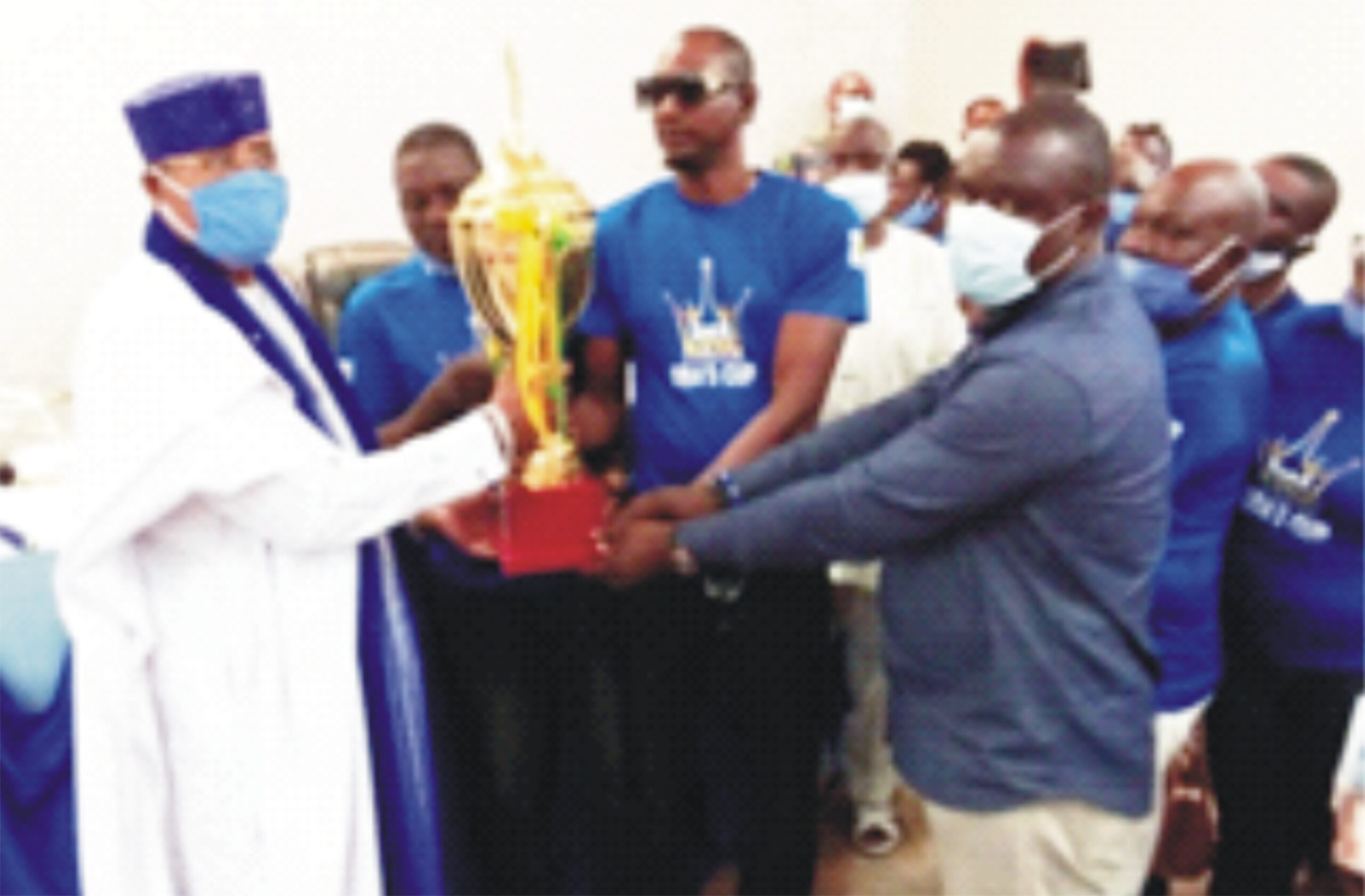 Ondo State Governor, Arakunrin Oluwarotimi Akeredolu has enjoined sporting loving individuals and corporate bodies to join hands with the government to develop sports in the state.
The governor who was represented by the Commissioner of Youth and Sports Development, Mr Dotun Owanikin stated this at the presentation of Obas’ Cup to the African Grassroots Football Development (AGFD) by the Ondo state council of Obas’.
He commended the royal fathers for their initiative to complement efforts of his administration to promote and development of grassroots football across the 18 local government areas of the state.
According to him, “our administration will not only continue to invest in sports but also to intensify more efforts to support , partner and identify with serious groups , individuals and organisation to develop all categories of sports in the state.”
He added that Ondo state holds distinction in football development with establishing of an autonomous football agency with three teams in different leagues in the country.
“We have Sunshine Stars FC in Nigeria Professional football League, Sunshine Queens in Nigeria Professional Women League and Rising Stars in the National wide League.”
The Ondo state Chairman council of Obas’ Oba (Dr) Frederick Obateru Akinruntan while presenting the trophy to the organisers urges them to play according to the rules of the game.
He said the traditional institution is ready to encourage them in their quest to develop football from the grassroots.
In his address, AGFD Secretary, Organising Committee Umar Lanre Jimoh said the purpose of the competition was to promote the traditional institution, fostering unity among the youths.
He added that the competition will give ample opportunity to discover, develop and nurture hidden talent to stardom through organized competitions amongst schools and academies, which he said will expose them to the world.
He reiterated the call on the prominent individual; Corporate Organisations and other likes mind agencies to join hands with government to promote grassroots football in the state.