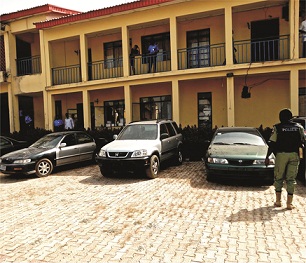 From Victor Akinkuolie, Ado-Ekiti
|
An Ado-Ekiti Customary court has dissolved the marriage between a 45-year-old woman, Ayomide Matthew and her husband, Kola Matthew over infidelity and lack of care.

Ayomide, a beer parlour operator and resident of No 41, Odo-Ado, Ado-Ekiti, also prayed the court to dissolve her eight- years-old marriage over allegation that her estrange husband had abandoned her and the only child of the marriage for over seven years.

The petitioner also alleged that her 47-year-old husband,  had failed to perform his responsibility in the house,  before abandoning her,  such that she had been responsible for the care of the child.

According to her,  her husband failed to pay for the house rent of the one room apartment they lived, while both of them were living together, before he finally abandoned her in the house.

She also accused her husband of failing to pay the school fees and providing shelter for the only child the association produced.

The petitioner, who informed the court that her husband did not pay her dowry for dissolution, saying the move would give him opportunity to marry another man of her choice.

The petitioner in her prayer urged the court to award her the custody of the female child produced by the association.

In his defence,  the respondent, Matthew, who urged the court to discountenance all allegations levied against him by his wife, admitted the fact that they had been living apart for over seven years, attributing the development to the behaviour of his wife.

“My  wife  refused to attend the burial ceremony of my late father. So, I went to check her on the third day to know the reason why she did not attend to and behold,  I met another man in her apartment.

“She sells liquor and each time I visited her apartment in Odo-Ado, I would always meet another man. He told the court to grant the prayer of his wife by separating them, saying the development would give him opportunity to marry another woman of his choice.

After listening to the submission of both the petitioner and the respondent, the President of the Court, Mrs. Olayinka Akomolede, observed that the marriage had broken down irretrievably, and thereby dissolved the marriage.

The court awarded the custody of the child to the petitioner, while it directs the respondent to pay N3,000 monthly allowance for the upkeep and feeding of the child.

She also ordered that, the respondent should be responsible for the child’s education and should be enrolled in an affordable school in the town.

She equally granted access to the respondent to see his child whenever he wishes to see her.