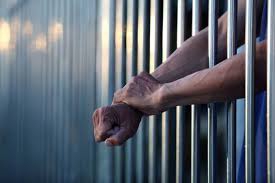 A 22-year old domestic help, Abigail Sunday, has been remanded by a Dei-Dei Grade 1 Area Court in Abuja, on Wednesday, for allegedly stealing her employer’s diamond ring valued at N1.1 million.

The police charged Sunday, a resident of Duru Dawaki, with theft. But he pleaded not guilty.

The prosecutor, Chinedu Ogada, told the court that the complainant, Stephanie Udoju, reported the matter at the Dawaki Police Station in January 6, 2023.

Ogada said the complainant, in January 3, noticed that her diamond ring was missing and confronted the defendant who confessed that she took the ring.
The prosecutor further told the court that during police investigation, the defendant could not give a satisfactory account of the missing ring.

He said all efforts made by police to recover the ring failed, adding that the offence contravene Section 289 of Penal Code.

The presiding judge, Saminu Suleiman, ordered that Sunday should be kept in a correctional centre at Suleja.

He adjourned the case till January 20 for hearing.

Patient dies after car runs over him at Teaching Hospital