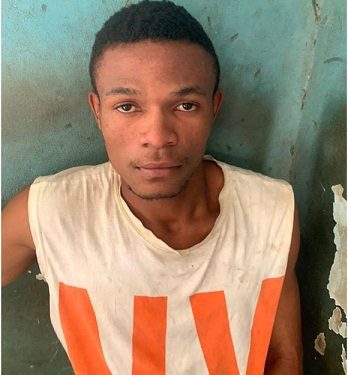 A 21-year-old, Tochukwu Nwaro, who kidnapped a six-year-old girl and collected ransom from her parents, has been remanded at Olokuta correctional centre.
Nwaro was arraigned before an Akure Chief Magistrate Court for allegedly committing the offence in December 21, 2022 at about 9:30pm at Lafe area in Akure.
The police prosecutor, Taiwo Oniyere informed the court that the defendant and others at large conspired to commit felony to wit kidnapping.
He also said the defendant and others at large kidnapped one Nmacy Chukwu, 6, to an unknown destination and compelled her family to pay N50,000,000 ransom.
The prosecutor further stated that the defendant unlawfully had in possession, one pistol suspected to be toy gun.
The offence runs contrary to and punishable under Section 516, 5(1), 3(Ii) (b) of the State Anti-kidnapping and Anti-abduction Law, 2010.
But the defendant, who is facing a four-count charge, pleaded not guilty to the charges leveled against him.
The prosecutor prayed the court to remand the defendant at the Correctional Centre pending the issuance of advice from the Director of Public Prosecutions (DPP).
The defence counsel, Lawrence Nnaji prayed the court to grant his client bail, promising to provide concrete evidence and reliable sureties.
In his ruling, Magistrate O.L Abu ordered the remand of the defendant at Olokuta correctional centre, pending advice from the DPP.
He adjourned the case till February 10, 2023 for advice.