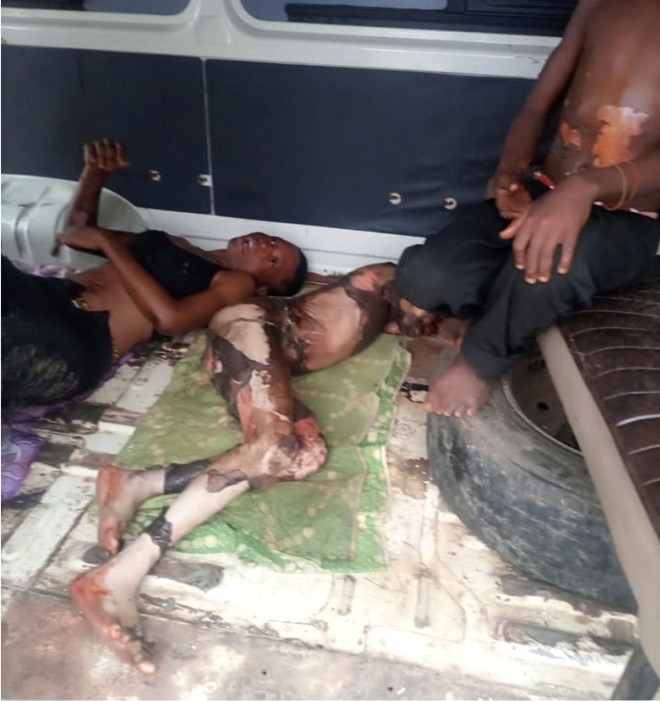 The trial Chief Magistrate, Musa Al-Yunnus, gave the order in his ruling on a remand application earlier brought by the prosecution.

According to the Magistrate, there is probable cause for the defendant to be remanded at the correctional centre in Olokuta, pending the outcome of advice from the office of the Director of Public Prosecutions (DPP), in the state Ministry of Justice.

Al-Yunnus also noted that Ojo, in the 17- paragraph remand application filed by the police, the defendant confessed to have committed the alleged offences.

Recall The Hope Metro had reported that Ojo was arraigned in court on Monday and charged with three counts charge bothering on murder, attempted murder and arson.

The defendant was said to have committed the offence of November 5, 2022 at about 3.00pm.

The police  prosecutor, Nelson Akintimehin informed the court that the defendant set his stepchildren ablaze with a petrol at night when they were asleep

Akintimehin said the defendant’s action resulted to the death of three of the five children burnt by the fire.

The charge reads: “That you Joseph Ojo on November 5th, 2022 at about 3.00pm at No 37 Ayesanmi Street, Ayeyemi Ondo in Ondo State Magisterial District did set the following people ablaze with petrol at night when they were already slept: Tope Akinfolayan,14, Anu Akinfolayan, 10 , and Tayo Akinfolayan aged 8 years which led to their death.”

The prosecutor added that the defendant also attempted to kill his wife , Esther Ojo and his two other children: Bisola Akinfolayan and Tobi Akinfolayan, by setting them ablaze.

Due to the nature of the offences, the prosecutor  had applied for the remand of the defendant at the correctional centre pending the insurance of advice from the Director of Public Prosecutions (DPP).

to give the defendant the benefit to file a counter affidavit to the application and to react to the charges against him.

The Chief Magistrate, Musa Al-Yunus adjourned the case till March 6 2023 for mention.